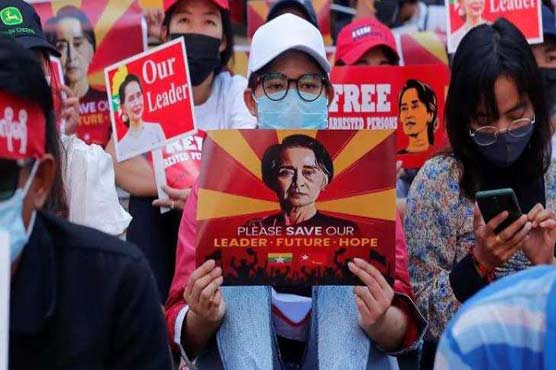 Moscow: Russia said on Tuesday it opposed sanctions against the junta in Myanmar, warning that punitive measures could spark a large-scale civil war in the country.

“A course towards threats and pressure including the use of sanctions against the current Myanmar authorities has no future and is extremely dangerous,” news agency Interfax quoted a Russian foreign ministry spokesperson as saying.

Such policies would “push the Burmese towards a full-blown civil conflict.”

Myanmar has been in turmoil since a February 1 coup ousted civilian leader Aung San Suu Kyi and derailed the country’s experiment with democracy.

According to a local monitoring group, more than 550 people have been killed in anti-coup unrest.

International powers have sought to pile pressure on the military by hitting its sprawling business interests, which include the lucrative jade and ruby trade.

But so far neither sanctions nor calls for restraint have shown any sign of holding back the junta as it struggles to quell the widespread unrest.

As the regime held the parade for Armed Forces Day more than a hundred people were killed.

At the parade Russia showcased its equipment including T-72 tanks, MiG-29 fighter jets and Mi-24 helicopters.