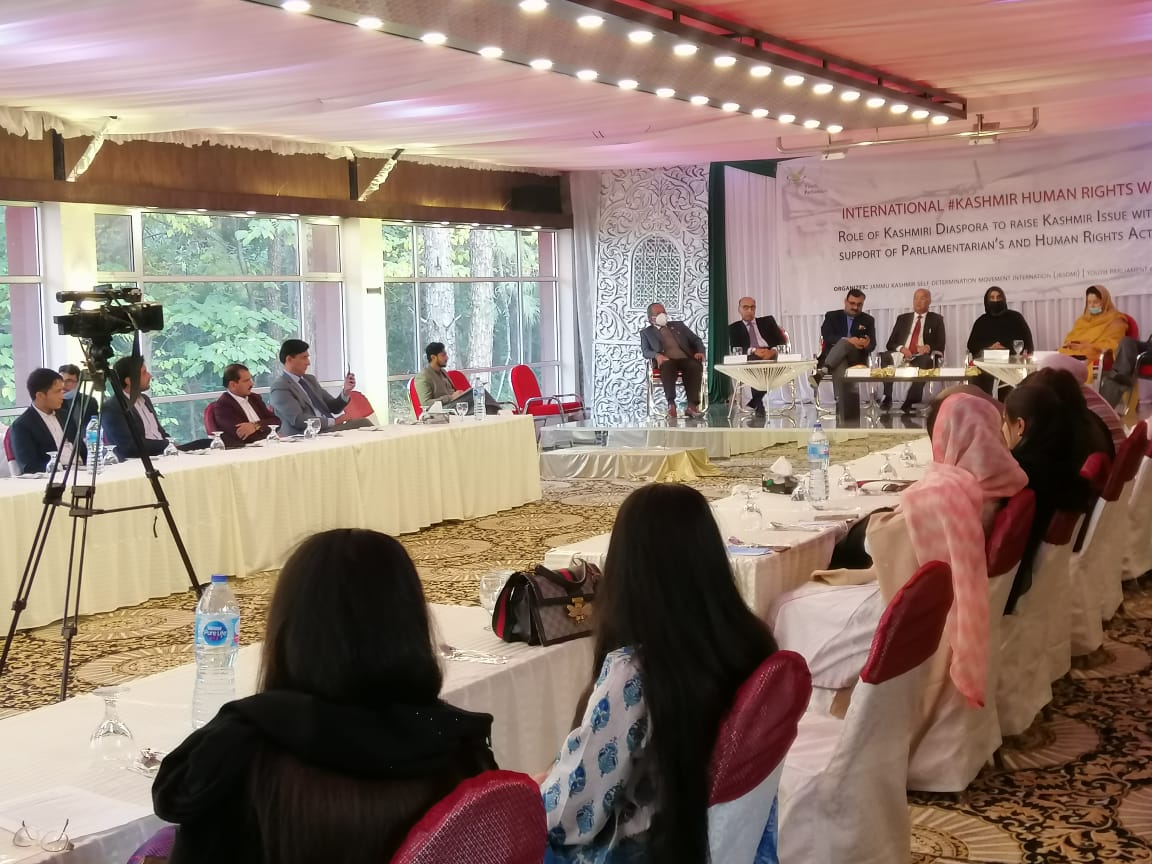 Islamabad: A seminar titled “Role of Kashmiri Diaspora to raise Kashmir issue with engagement of international community” was organized by the Jammu and Kashmir Self-Determination Movement International (JKSDMI).

Speakers of a seminar strongly denounced the Indian atrocities on the people of Indian illegally occupied Jammu and Kashmir.

The speakers said that Indian troops were killing and torturing innocent Kashmiris to suppress their ongoing liberation movement. They said that many Hurriyat leaders and activists had been languishing in different jails of India and the territory in false and concocted case and they were not being provided basic facilities including medical treatment.

The speakers expressed their grave concern over the increasing Indian brutalities against the people of Kashmir in IIOJK and appealed to the world community to hold India accountable for its brutal actions in the territory.

Peace begins with a smile