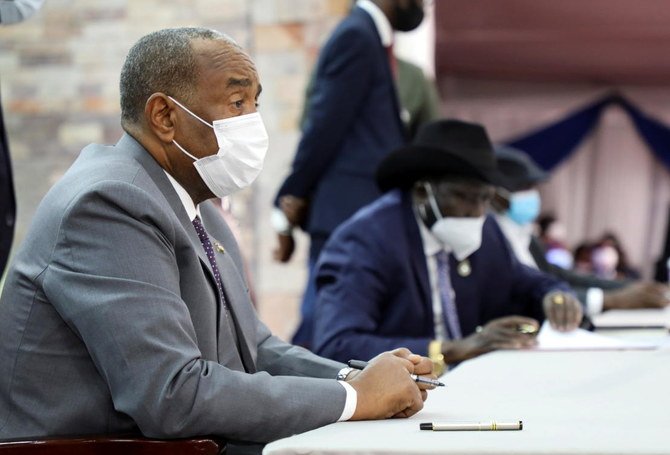 Juba: Sudan’s interim government and the main rebel group in the country agreed to re-start peace talks according to the rebel group and Sudan state news.

The agreement was marked in Juba, the capital of South Sudan, which has mediated past negotiations between the Sudan Popular Liberation Movement – North, led by Abdel-Aziz Al-Hilu, and the government.

In a video posted online by the rebel group, the group’s leader joined and raised hands with the leader of Sudan’s interim sovereign council Gen. Abdel Fattah Burhan after the signing.

Al-Hilu’s movement is Sudan’s single largest rebel group and is active in the Blue Nile and South Kordofan provinces, where it controls significant chunks of territory.

Sudan’s transitional government has been engaging in peace talks with rebel groups over the past two years, looking to stabilize the country and help its fragile path to democracy survive following the military’s overthrow of longtime autocrat Omar Al-Bashir in April 2019 after nearly three decades in power.

In 2020, Sudan’s transitional authorities and another rebel alliance signed a peace deal that was a step toward ending the country’s decades-long civil wars. Al-Hilu’s group participated in negotiations leading up to it but did not sign the final deal.

The rebels have called for a secular state with no role for religion in lawmaking, the disbanding of all of Al-Bashir’s militias and the re-vamping of the country’s military. Al-Hilu’s group says if its demands aren’t met, it will call for self-determination in areas it controls.

Special Representative of the UN Secretary General for Sudan, Volker Perthes, welcomed the development, calling it “an important step forward toward comprehensive peace in Sudan,” in a Tweet.

In a copy of the initial agreement between the government and the rebel group obtained by The Associated Press, both sides agreed that a principle for the basis of talks was “a civil, democratic, federal State in Sudan.”

Sudanese rebels for years fought Al-Bashir’s loyalists, in Darfur but also in the southern provinces of Blue Nile and South Kordofan. The fighting has often fallen along religious and ethnic lines. In rebel-held provinces much of the population claims sub-Saharan African descent and are Christian, and were targeted by Al-Bashir’s Islamist government in the north of the country. Arab News