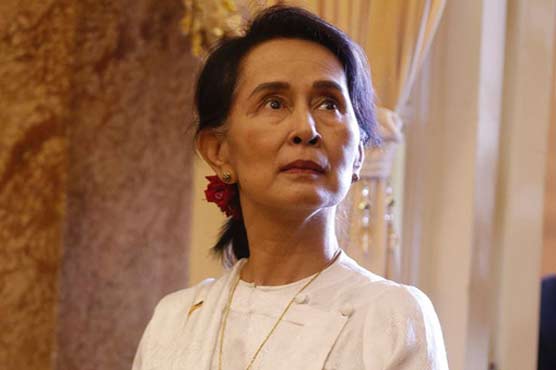 Yanson: A block on mobile data networks across Myanmar on Monday scuppered a scheduled video court appearance by ousted leader Aung San Suu Kyi, as protesters returned to the streets after the bloodiest day since the military coup six weeks ago.

At least 44 protesters were killed Sunday as security forces cracked down on pro-democracy demonstrations, taking the death toll since the coup to more than 120, according to the Assistance Association for Political Prisoners (AAPP) monitoring group.

Myanmar has been in uproar since the putsch, with daily protests demanding a restoration of democracy despite the junta’s increasingly forceful attempts to quell dissent.

The court hearing for Suu Kyi — who spent more than 15 years under house arrest during previous military rule — was scheduled for 10 am (0330 GMT) in Myanmar’s capital Naypyidaw, but it was postponed until March 24, her lawyer Khin Maung Zaw told AFP.

“There’s no court hearing because there’s no internet and the hearing is conducted by video conference… We cannot do video,” he said.

Military authorities have also accused her of accepting illegal payments of $600,000 in cash as well as a large quantity of gold — allegations her lawyer says are “groundless”.

Khin Maung Zaw had previously complained he was not allowed to meet Suu Kyi, who has been in custody since the coup, and on Monday said police have appointed two junior lawyers on his team to have the power of attorney.

“The police have no right to decide who represents the defendants,” he said, adding that the whole situation is “strange” — from the lack of Wi-Fi in the court to the appointment of junior lawyers. AFP