Syria’s peace process and the Russian and US roles 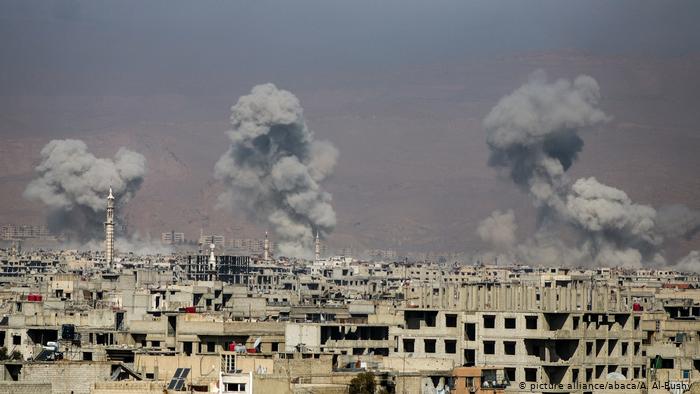 The failure of the last round of United Nations-led talks between the Syrian regime and the opposition in Geneva last month has left diplomats and analysts pondering how to redirect diplomatic efforts in the face of Damascus’s staunch refusal to engage in any negotiated process.

The inability of the two sides to achieve any meaningful developments in the fifth meeting of the constitutional talks pushed the UN special envoy Geir Pedersen to suspend the negotiations indefinitely.

The Norwegian diplomat implicitly put the blame on representatives of the Syrian government for rejecting any proposal put before them.

After 15 months and five meetings since its inception, the committee has not yet agreed on basic procedural matters and does not have a plan forward. The discussion of substantial constitutional points and the beginning of a drafting process thus cannot commence.

The impasse has prompted the opposition represented by the Syrian National Coalition (SNC) to declare the constitutional committee is past rescuing.

Al-Hariri said the government’s refusal to engage is leaving the international community with no other option but to circumvent Syrian President Bashar al-Assad and impose “the transitional process called for by relevant UN resolutions, without giving Damascus any further opportunity to be disruptive”.

The collapse of the Geneva process did not come as a surprise, but rather as a fresh realisation that neither the Syrians nor the helpless UN envoy can achieve any progress without a clear commitment in support of a political settlement by the international community.

But are foreign players with a stake in Syria interested in achieving a settlement?

The UN alone cannot mastermind a political process that would take into account the aspirations of the Syrian people, the survival instinct of the Syrian government, the ambitions of a fragmented political opposition, and the conflicting agendas of at least seven regional and international powers, let alone the militia groups on their payroll.

Astana process launched in 2017 by Russia, Turkey and Iran has proved a useful mechanism to de-escalate the conflict militarily, but has not turned into an alternative forum for a political settlement, despite fears it would have eventually disrupted and replaced the UN efforts.

“Astana has a limited scope and we should not have too high expectations about what it can achieve,” said Andrey Kortunov, director of the Russian International Affairs Council.

Through Astana, Russia has further divided a fragmented Syrian opposition by bringing in new figures who did not ask for al-Assad’s removal.

It has lured Turkey into a bilateral relationship with Moscow away from its NATO allies and has succeeded in excluding the already reluctant American administrations of former presidents Barack Obama and Donald Trump from playing a decisive role in drawing the future outcome of the conflict.

Russia has used the Astana process to set short term and limited military objectives that mainly suited Moscow’s tactical goals and, in so doing, it assisted the regime in chipping away territory from the opposition and armed groups.

But apart from formal declarations of support for the UN process, Moscow and Ankara have stood clear from delving further into divisive political issues, such as the removal of al-Assad or the drafting of a new constitution.

“There is a misreading of Astana [process]. It is a channel for dialogue between three countries with very different agendas,” said Murat Aslan, a security researcher at SETA, a policy think-tank close to the Turkish presidency.

“They meet while they check and balance the other actors.”

If Astana is not the venue for a political agreement despite bringing together the three main sponsors of the conflict, questions arise over Russia’s inability or unwillingness to exert any political concessions from al-Assad’s government.

Analysts agree the Kremlin would like to see a unified and more stable Syria and are growing impatient with its president.

But in the eyes of Moscow, the factions within the opposition are hostage of their foreign sponsors and do not represent a credible alternative.

The main bloc, the SNC is divided, Kurdish interests are underrepresented or absent, and the influence of Salafism on parts of the Syrian opposition and leniency towards armed groups is worrying Syrian secularists.

In the absence of an alternative, the Kremlin will continue to maintain the status quo as the most economical and the least disruptive of all solutions, analysts say.

Moscow is not yet ready to tip the scale of a fragile balance of power between its strategic interests and those of its regional competitors – Iran, Turkey, Israel and, to some extent, the United States.

“I don’t see a clear exit strategy for Russia right now,” said Kortunov. “After five years the Syrian operation has been routinised and the current situation is something Moscow can live with, both financially and militarily. It is not perfect, but it is affordable.”

Russia’s expenditure in Syria amounts to between $1bn to $2bn a year, according to government figures, a modest amount if compared to  US expenditures in Iraq.

The country has lost some 200 men in five years of war, and while every life matters, said Kortunov, figures are far from the 15,000 losses of the Soviet invasion of Afghanistan.

Meanwhile, Syrians are turning with hope to the Biden administration for a more active policy than that of its predecessors.

Opposition leader al-Hariri told Al Jazeera he was hopeful to pay a visit to Washington in March to discuss a way out of the deadlock.

“The time is ripe for a US re-engagement to balance out the Russian and Iranian agendas in Syria,” said Aslan. He said the US should talk to Turkey and Moscow to find a compromise on the minimum acceptable terms.

“A format similar to Astana would be desirable without Iran, because it is ultimately Russia who has the upper hand in Syria,” said the Turkish analyst.

One sticking point will be Washington’s posture towards the Kurds. Biden was critical of the US withdrawal from northeastern Syria that opened the door to the Turkish military operation against the Syrian Democratic Forces (SDF), a close ally of the US in the fight against the armed group ISIL (ISIS).

The SDF is controlled by the People’s Protection Units (YPG), the main Kurdish armed group in Syria that has links to the PKK, which Turkey and the US consider a “terrorist” organisation.

“The support of the YPG is a red line for Turkey,” said Aslan. “Ankara does not have any problems with the Kurds but will not accept any territorialisation of the YPG and other Kurdish groups.”

Biden’s appointment of Brett McGurk as National Security Council coordinator for the Middle East does not prelude an easy relationship with Turkey. Al-Jazeera