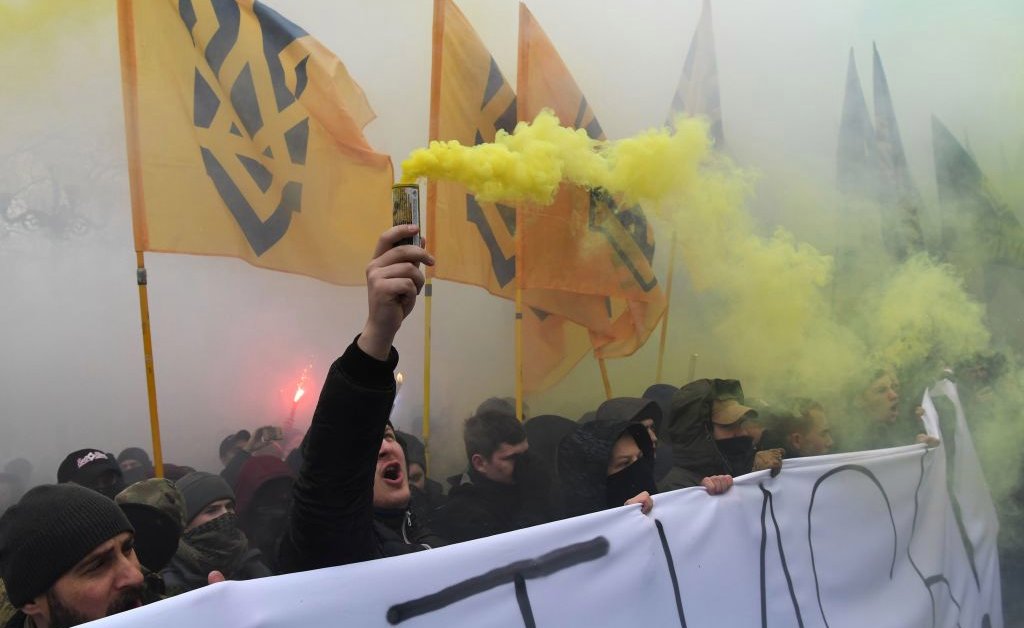 Kyiv: Ukraine’s smouldering seven-year war with Russian-backed separatists on its eastern border has flared up sharply in recent days, following the worst clashes in months.

Kyiv and Moscow accuse each other of triggering the escalation in the conflict, which has claimed about 14,000 lives since Russia annexed the Crimean peninsula from Ukraine in 2014.

The Kremlin accused Ukrainian forces of resuming the hostilities as a prelude to full-scale fighting, which eased in 2015 under a faltering peace agreement brokered by France and Germany in Minsk.

“We express concern over the growing tension and express concern that the Ukrainian side might resort to provocative actions that could lead to war. We really don’t want to see that,” Dmitry Peskov, spokesman for Russian president Vladimir Putin, told reporters on Wednesday, according to Interfax.

He added that Russia, which has denied any involvement in the conflict despite overwhelming evidence it controls the separatists, considered it a “civil war”.

Peskov said Putin stressed the “lack of an alternative” to the Minsk agreements during a phone call with France’s president Emmanuel Macron and German chancellor Angela Merkel on Tuesday. Putin accused Ukraine of not fulfilling its obligations under the treaty and claimed it had “provoked” the recent flare-up, according to a Kremlin readout.

The pact has come under pressure because of Russia’s reluctance to acknowledge its role in the war and Ukraine’s resistance to giving the two conflict regions autonomy in its constitution.

The three leaders last met Ukraine’s president, Volodymyr Zelensky, to discuss the agreements in Paris in 2019, but made little progress.

Peskov said Putin, Macron and Merkel agreed that a new summit was “essential” but was only likely to take place after negotiations based on the Paris meeting resumed.

The US has expressed concern over the recent flare-up. On Monday, national security adviser Jake Sullivan told Andriy Yermak, Zelensky’s chief of staff, that the US had “unwavering support for Ukraine’s sovereignty, territorial integrity and Euro-Atlantic aspirations, in the face of continuing aggression”.

US European Command has raised its watch level to that of “potential imminent crisis”, the highest level, according to the New York Times.

The Pentagon said: “We are aware of the reports and are monitoring the situation. However, we will not speak to matters of intelligence but will provide an update when appropriate to do so. Regarding [watch] levels, we do not discuss details of intelligence for operations security reasons.”

Ruslan Khomchak, head of Ukraine’s armed forces, told parliament that Russia’s behaviour was a ‘threat to the military security of the state’ © Hennadii Minchenko/Ukrinform/Barcroft Media/Getty

Kyiv and its western backers have accused Russia of orchestrating and fuelling what they have described as a proxy separatist war in Ukraine’s Donbas region.

In recent weeks, officials have also warned of military build-ups near the conflict zone and exercises in Crimea, which has been starved of water supplies since Ukraine turned off its access to canals following the annexation.

Addressing Ukraine’s parliament on Tuesday about the deaths of the soldiers, Ruslan Khomchak, commander-in-chief of the country’s armed forces, said Russia’s behaviour was “aggressive” and a “threat to the military security of the state”.

“Under the guise of control exercises . . . the Russian armed forces are gradually increasing troops near the state border of Ukraine in the north, east and south,” Khomchak said.

The US state department said it was aware of Ukrainian military reports concerning Russian troop movements on Ukraine’s borders. “We are discussing our concerns about this increase in tensions in ceasefire violations and regional tensions with Nato allies.”

US secretary of state Antony Blinken spoke by phone with Ukrainian foreign minister Dmytro Kuleba on Wednesday. “The secretary affirmed the United States’ unwavering support for Ukraine’s sovereignty and territorial integrity in the face of Russia’s ongoing aggression in the Donbas and Crimea,” the state department said.

Later the same day, Leonid Kravchuk, head of Ukraine’s delegation to the Minsk peace talks, said his Russian counterparts had refused to support a proposal calling for a fresh ceasefire starting on April 1.

“I do not understand why the Russian delegation does not consider it necessary to focus on saving people’s lives,” Kravchuk said. FT.com

The exclusion of women’s voices from Afghan peace talks remains...