Subscribe Us
HomeArticleThe Moscow Format: Can it bring peace to Afghanistan?
Article

The Moscow Format: Can it bring peace to Afghanistan? 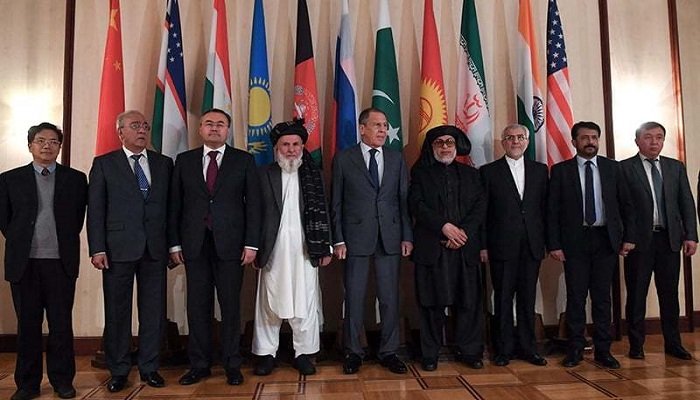 The ‘Moscow Format’ is back, and with it, we are once again asking how much Russia matters in the affairs of Afghanistan.

The term ‘Moscow Format’ was coined in 2017. On November 2018, Russia hosted representatives from the Taliban’s political office for a dialogue – the first time the Taliban were invited to an international forum.

This week, a new round of peace talks will be held in Moscow with the Taliban, in which the United States, China and Pakistan are also participating. In fact, on Wednesday, top Afghan politicians led by Abdullah Abdullah left Kabul for the Russian capital.

For Russia, these talks are aimed at “establishing peace and creating conditions for the process of national reconciliation in Afghanistan.” But, in a country strife with a civil war, peace has different meanings for warring factions.

The conditions for reconciliation also vary for different segments of the Afghan society. Some are seeking adherence to the existing system, while others are fighting for a new system of government and constitution.

Bringing all these elements on to one table is important. It also shows that Russia may have left Afghanistan decades ago but it has not been rooted out of the region today.

The make-up of the multilateral conference – which includes Russia, China, US and Pakistan – is also emblematic. Moscow and Beijing don’t always see eye to eye, but on the question of Afghanistan, both countries are on the same page.

Separately, Pakistan is considered an important player by all the participants. The inclusion of Islamabad in the Moscow Format is not only a recognition of its central role but also an indication of the recent improvement of ties with the Kremlin.

Another advantage for Pakistan is that India is merely a bystander in this conference. Only two former Indian diplomats had attended the last Format and, that too, in a non-official capacity.

Now on to the main player, Washington. It had opted to remain an observer in the last Format, but now it seems to be very much active. Last time, Washington had sent its chief political officer from the Moscow embassy. Now, the US State Department has confirmed that US Special Representative for Afghanistan Zalmay Khalizad is heading for Moscow.

The timing of the Moscow Format are also significant. Talks are being held when Washington is mulling over its Afghan strategy. There are no signs as yet that US President Joe Biden will completely reshape the policy devised by his predecessor, as the current strategy is working well for both sides.

No US troop has been killed since the Doha Peace Agreement was signed on February 29, 2020. Intra-Afghan talks are also relatively on track. The only issue is an ambiguity on complete troop pullout.

The US has yet to take the Afghan government and the Taliban into confidence, if it intends to delay the deadline of the troops pullout. But, no country in the region, especially Russia, believes that the US will pack up and go by May 1. Moscow is certain the US is here to stay and keep its bases.

That is also why Russia has made inroads in different elements of the Afghan society and the Moscow Format is a testament of that belief.

But here we must also ask: who is Russia siding with in Afghanistan and why?

There are obvious reasons why Moscow will not strengthen President Ashraf Ghani, as he was reinstalled by the invaders, last year.

Then there is little doubt that, to some extent, Russia is also supporting the Afghan Taliban. Primarily because the Taliban wield influence over almost 60% of the country. Their influence is expected to increase in the coming days.

But this does not mean that Russia will throw all its weight behind the Taliban. Russia has maintained deep relations with many other Afghan politicians as well. Some of them even hold important portfolios or lead political parties. A number of them have also been invited to the Format’s meeting.

Since April 2017, the Moscow Format has become a semi-parallel approach to establishing peace in Afghanistan. Other countries of the region are also pursuing their formulas for peace. But, none has produced any significant result yet. Why?

The reason is simple. For every major player, peace in Afghanistan has different meanings. Until there is a consensus, however small, peace and stability in Afghanistan will remain elusive.