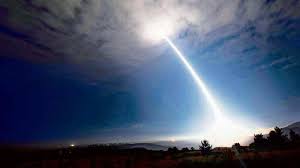 The world can breathe a small sigh of relief this week. The last remaining arms control treaty between the US and Russia, called New Start, will not expire on 5 February after all, as recently feared.

In the nick of time, Russian President Vladimir Putin offered his new American counterpart an extension of the treaty for five years, an option stipulated in its text. Joe Biden agreed—after giving Putin the requisite talking to about Russia’s massive cyberattack on the US, its jailing of the activist Alexey Navalny, and other outrages.

In the short term, a new nuclear arms race between the two biggies has thus been avoided. Not really—and there’s the rub. A wider glance at the world’s nuclear landscape reveals that the danger of cataclysm, by design or accident, keeps growing.

New Start only covers the stockpiles of Russian and American ‘strategic’ weapons. This refers to those warheads the two adversaries point at each other’s homeland. The treaty says nothing about ‘tactical’ nukes, the more flexible and usually smaller warheads built for potential use in a conventional conflict.

But in that tactical category an arms race is already underway. Both the US and Russia, in the name of upgrading their arsenals, have been designing new tactical nukes and deployment technologies. These include things that were science-fiction during the Cold War, such as nukes delivered by drones from submarines.

This race is thus fundamentally different from the one between the US and the Soviet Union. Back then, the contest ultimately came down to a count of each side’s warheads. What ultimately stabilized that competition was the macabre but compelling logic of deterrence through ‘mutual assured destruction’ (MAD).

Today’s competition is instead between newfangled technologies and, crucially, the military strategies thus made possible. This multiplication of scenarios and permutations undermines traditional calculations of strategy, which were largely based on the tools of game theory developed during the Cold War.

One upshot is that it’s becoming even more important for all nine of the world’s nuclear powers to ‘signal’ their ‘postures’, in the jargon. They should explain their intentions and make themselves as predictable as possible to others.

And yet the most recent such signalling was hardly reassuring. In Article 4 of its Basic Principles issued last summer, Russia asserts that one purpose of its nuclear arsenal is “the prevention of an escalation of military actions and their termination on conditions that are acceptable for the Russian Federation.” Translated, this wording suggests that Russia could respond to a conventional conflict with a tactical nuclear strike, as opposed to reserving nukes purely for retaliation in kind. But that makes any altercation potentially explosive in the fissile sense.

A conflict could, for instance, start with hybrid warfare (of the sort Russia used in its 2014 annexation of Crimea), or with cyberwar (as waged during last year’s Russian hack of some 18,000 US computer systems), or with a strike in space against an adversary’s satellites. If the conflagration escalates and becomes ‘unacceptable’, the next step could be nukes. And then?

To make the global matrix even more complex, there are also the other seven nuclear powers to consider, and perhaps additional ones in future. Of these, North Korea may appear to be the most unhinged. But China is the most ambitious. It could have 350 warheads already, according to some estimates. The Pentagon assumes China will double its arsenal in the coming decade.

China is the main reason why the US and Russia couldn’t agree on properly renegotiating New Start. Donald Trump, Biden’s predecessor, insisted on bringing Beijing into the talks. The Chinese refused. Sarcastically, they wondered aloud whether the Americans and Russians would prefer to let China raise its arsenal to their size or to cut their own down to China’s. That makes for a good press-conference zinger in Beijing. But it won’t help humanity get to grips with its conundrum: More actors are getting more weapons with more technological and tactical applications. The risk that somebody, somewhere pulls a trigger, intentionally or inadvertently, is rising.

In a gesture of global protest against this insanity, 86 non-nuclear countries have signed a Treaty on the Prohibition of Nuclear Weapons. But these states don’t hold the future in their hands. The big nuclear powers do. They must put their daunting other differences aside and begin comprehensive talks to prevent the worst. And the best placed to extend the invitation is the leader who is newest in office, and yet has the most experience with disarmament: Biden.livemint.com