To revive the two-state solution, Europe must recognize Palestine 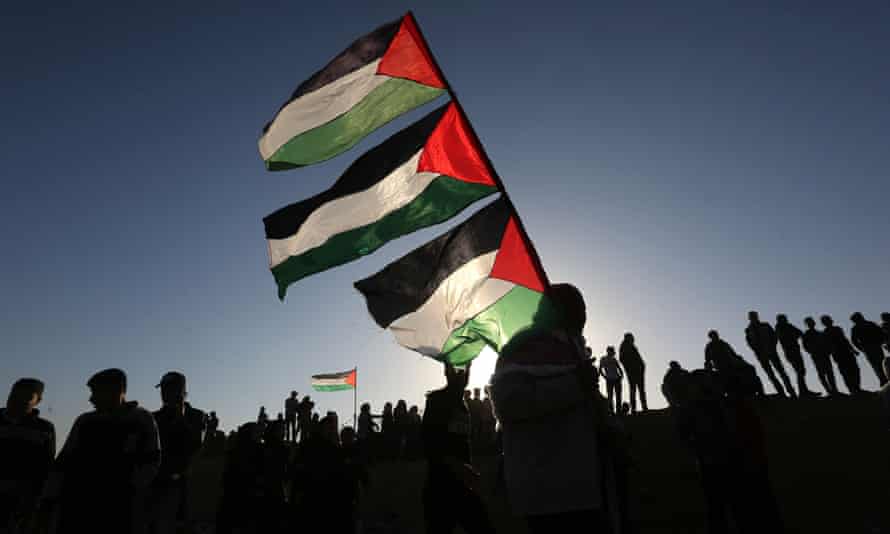 Amman: As the contours of US President Joe Biden’s foreign policy become increasingly apparent, doubts about his commitment to resolving the Arab-Israeli conflict continue to grow. And those doubts raise an urgent question: Can anyone fill the diplomatic vacuum the United States leaves behind?

The PiS regime’s attack on the economic underpinnings of free media is no less an assault on democracy than the January 6 storming of the US Capitol by Trump supporters. Behind both are lies, violent rhetoric, and the perversion of politics and public life.

To be sure, Biden has moved quickly to reverse some of his predecessor’s more egregious policies. Less than a week after Biden’s inauguration, his administration announced its intention to restore US relations with the Palestinian leadership and restart aid to Palestinian refugees. It also re-committed to a two-state solution to the Israeli-Palestinian conflict.

But such tepid pledges – together with Biden’s apparent reluctance to call Israeli Prime Minister Binyamin Netanyahu – don’t reflect the level of interest or dedication that would be needed to push the two sides toward a lasting peace. Clearly, America’s leaders believe they can get away with paying only lip service to the two-state solution.

The same cannot be said for Europe, whose geographical proximity to the Middle East leaves it vulnerable to the region’s volatility. That is why, on the sidelines of last year’s Munich Security Conference, the French and German foreign ministers teamed up with their Egyptian and Jordanian counterparts to start a dialogue with the Palestinians. The so-called Munich Group is now working with the Palestinians to restart peace talks.

Egypt’s participation in the Munich Group reflects its broader efforts to lead the Israeli-Palestinian peace process. Just this month, Egypt hosted an emergency meeting of Arab foreign ministers to discuss regional developments and the Biden administration’s likely policies. Participants stressed that the Palestinian issue would remain a central concern of all Arab countries until a two-state solution is reached.

In the same week, Egypt hosted a dialogue among rival Palestinian parties, in order to help lay the groundwork for successful Palestinian legislative and presidential elections this summer. Should a unified coalition government emerge, it could, at long last, end Hamas’s control over the Gaza Strip.

Enjoy unlimited access to the ideas and opinions of the world’s leading thinkers, including weekly long reads, book reviews, and interviews; The Year Ahead annual print magazine; the complete PS archive; and more – All for less than $9 a month.

But, as important as regional efforts are, leadership from global players like France and Germany is essential to strengthen the Palestinians’ negotiating position and push Israel toward a fair peace agreement. If France, Germany, and the European Union more broadly truly want to show such leadership, they should start by unequivocally recognizing the state of Palestine.

In December 2014, the European Parliament voted overwhelmingly for a resolution recognizing the state of Palestine. Individual parliaments did the same. But these resolutions were non-binding. And while some EU members are among the nearly 140 countries that recognize the Palestinian state, most – including France and Germany – have thus far refused to take that step.

German Chancellor Angela Merkel argues that such a “unilateral” maneuver would undermine progress toward a negotiated two-state solution. Likewise, French President Emmanuel Macron has said that a “unilateral decision to recognize Palestine” would not be “effective,” adding that he will recognize a Palestinian state only when he judges the step to be “useful to build peace on the ground.”

After four years of assaults on the two-state solution – the Trump administration’s “peace” plan would have had Israel annexing about one-third of the occupied West Bank – it is hard to take these arguments seriously. In fact, recent developments have so weakened faith in the two-state solution that a growing share of Palestinians have all but given up on it, with 58% opposing it. Instead, calls are increasing for equal rights within a single state.

As the number of Israeli Jews populating the area between the Jordan River and the Mediterranean Sea dips below the number of Palestinian Arabs, a “one-state solution” may increasingly seem like the most realistic goal for Palestinians. Most Israelis would not support such an approach, though dismissing it outright, while also rejecting the possibility of two states along pre-1967 borders, is not tenable.

Israelis will head to the polls again next month, but there is no reason to think whatever government emerges will show a renewed interest in peace negotiations: all of the top contenders for prime minister are set on refusing Palestinian statehood. If Macron and Merkel continue to wait for a bilateral commitment to Palestinian statehood, they will still be waiting long after they have departed from politics.

Moreover, Europe cannot redeem itself by sending the Palestinians financial aid. After all, Israel has not hesitated to destroy what that aid helps to build. Just last November, Israeli authorities demolished more than 70 Palestinian-owned structures in the West Bank – the biggest forced displacement of Palestinians in the Occupied Territories in more than four years. The move drew little more than verbal condemnation from Europe.

If Europe truly wants to drive progress toward peace, it must show courage and conviction. That means recognizing the state of Palestine along pre-1967 borders, thereby helping to balance the scales in negotiations and clarifying the framework for peace. Israel will object, but, as Sweden’s experience suggests, bilateral relations will not ultimately suffer when a country has the courage to recognize Palestine. And even if they do, that is a poor reason to sabotage all hope of a genuine, lasting peace in Europe’s immediate neighborhood.project.syndicate.org