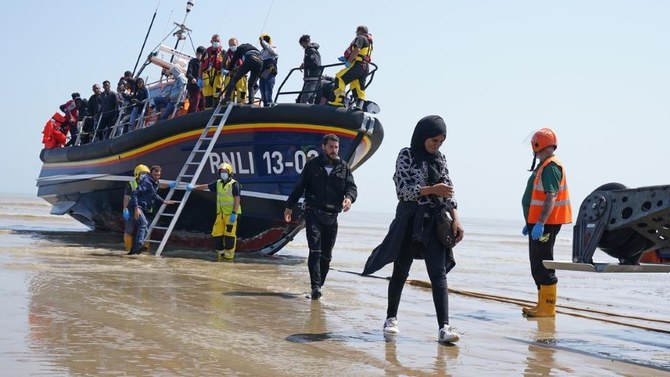 London: The British Home Office is giving asylum seekers the option of being flown back to the conflict zones they escaped from or being sent to Rwanda, the east African nation that the UK has signed a deportation deal with.

The Guardian has seen a document issued to the first set of asylum seekers expected to be sent to Rwanda, which says that the Home Office could send them to their home countries instead.

The document says: “You have the option to leave the UK voluntarily. However, should you be removed it will be to Rwanda.”

In a letter, the Home Office said that migrants had “inadmissible” asylum claims because they had crossed the English Channel by small boats. The letter added: “There is no right of appeal against the decision to treat your asylum claim as inadmissible.”

Those detained and awaiting offshoring to Rwanda include Syrians, Afghans, Iranians and Iraqis. Many of those expecting to be sent to the east African nation escaped from active conflict zones, with thousands of Afghans recently fleeing after the Taliban secured control of Kabul. Afghans were the largest group coming to Britain by small boats with 1,094 arrivals, followed by Iranians with 722 arrivals.

Karen Doyle, of Movement for Justice, said: “It’s as if the Home Office is saying to this group of asylum seekers: ‘Here’s a hell we created for you in Rwanda but you can choose to go back to the hell you escaped from instead.’ This is not a choice. These are refugees who cannot return home. In practice this is ripping up the UK’s stated commitment to refugees.” Arab News