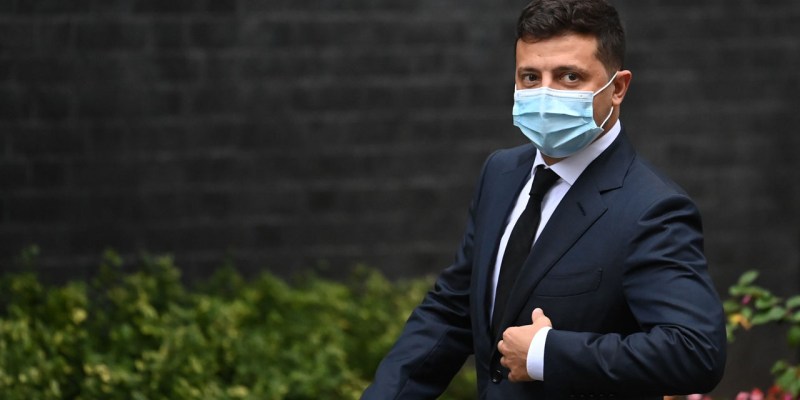 Kiev: Ukrainian President Volodymyr Zelensky was travelling to the country’s eastern frontline on Thursday, after a surge in clashes with separatist forces and a spike in tensions with Moscow.

Fighting between the Ukrainian army and separatists has intensified in recent weeks, raising fears of a major escalation in the long-running conflict over the mainly Russian-speaking Donbas region.

The Ukrainian military on Thursday announced that another of its soldiers had been killed, bringing to 25 the number of troops killed since the start of the year, compared with 50 in all of 2020.

Zelensky, who has appealed to Ukraine’s Western allies for support, was due to visit positions where a ceasefire “has been systematically violated in recent days” and Ukrainian soldiers killed or wounded, the presidency said in a statement.

“I want to be with our soldiers in the tough times in Donbas,” Zelensky said. “Going to the locations of the escalation…. Ukraine needs peace and will do everything for this.”

Fighting in the conflict, which erupted after Russia’s annexation of Crimea from Ukraine in 2014, subsided last year as a new ceasefire agreement took hold.

But clashes, mainly involving artillery and mortar fire, have picked up again since the start of the year, with both sides blaming each other.

Ukraine last week also accused Russia of massing thousands of military personnel on its northern and eastern borders as well as on the Crimean peninsula.

The separatists are widely seen as having Russia’s political and military backing, which Moscow denies.

Kiev’s Western allies have issued a series of statements warning Russia against taking further action and seeking explanations for its troop build-up.

The Kremlin has not denied the troop movements but insisted that Moscow was “not threatening anyone”.

Zelensky earlier this week urged NATO to speed up his country’s request for membership in the alliance, saying this was the only way to end the conflict.

It is unclear what set off the latest escalation in tensions and clashes, though some observers say Moscow may be testing US President Joe Biden’s committment to defend Ukraine.

In his first call with Zelensky earlier this month, Biden affirmed Washington’s “unwavering support” for Kiev in the conflict, which has claimed more than 13,000 lives since 2014.

Peace talks mediated by France and Germany since 2015 have failed to end the fighting.

Zelensky, a television comedian and political outsider, came to power in 2019 vowing to resolve the conflict. He met with Russian President Vladimir Putin in Paris that year and several deals were reached on prisoner exchanges, but there has since been little progress and no new meetings are planned. AFP