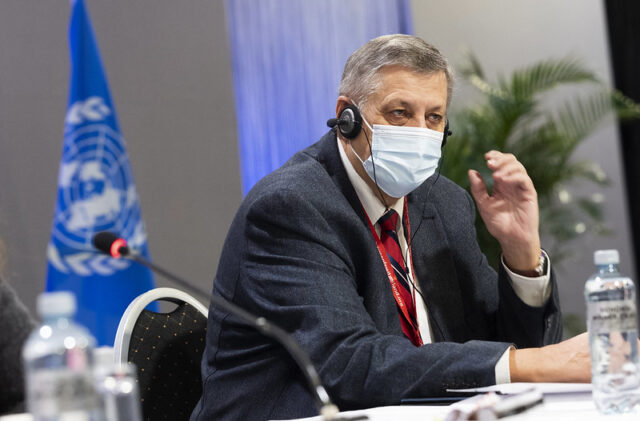 Rabat: Jan Kubis, Special Envoy for Libya and Head of the United Nations Support Mission in Libya (UNSMIL) praised Morocco’s efforts for a stable and peaceful Libya, in particular during the inter-Libyan dialogue in Bouznika and Tangier.

During the phone call, Bourita reaffirmed Morocco’s support for the mandates enacted by Kubis under the UNSMIL. Bourita also assured him of Morocco’s availability and willingness to accompany the UN’s efforts aimed at stabilizing Libya.

For his part, Kubis, amidst praise for Morocco, also pointed to the North African country’s contribution to the elective mechanisms for the appointment of an interim government in Libya. The UN official expressed his willingness to consolidate Libya-related consultation to Morocco.

The two officials welcomed the appointment of the new Libyan leadership, which will bring a fresh dynamic to the Libya dossier, noted the statement.

Both sides underlined the need for the support of the international community, in particular the UN. As Libya enters the new stage “with hope and determination,” the UN and other international stakeholders must make sure that the resolutions will have a positive impact on the security situation in the country, the Sahel, and beyond.

Bourita and Kubis agreed to hold regular meetings concerning the Libyan situation, “with an approach based on inclusion, consultation and dialogue.” This is the only way to ensure a peaceful and prosperous Libya.

Despite accusations of “vote-buying” in last month’s elections, the two officials rejected the possibility of foreign interference in the inter-Libyan political process.

Denial of right to self-determination cause of Kashmir dispute: PM...

International arms transfers level off after years of sharp growth...