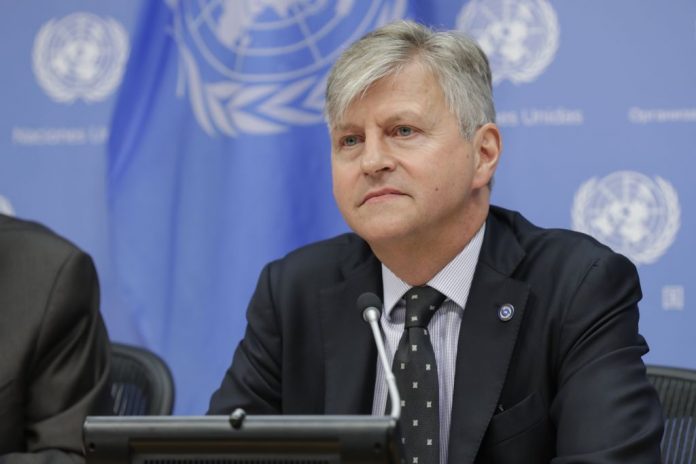 New York: The Under-Secretary-General for Peace Operations at the United Nations Jean-Pierre Lacroix strongly condemned an attack by suspected militants on a camp of peacekeepers in Mali.

Friday’s attack in Aguelhok, in Kidal region, killed four peacekeepers from the Chadian contingent and left 19 others injured.

“I strongly condemn the complex terrorist attack on the MINUSMA in Aguelhok, Mali. My condolences to the Chadian government and to the families of the 4 deceased peacekeepers, and a speedy recovery to the wounded,” Lacroix said .

Lacroix also echoed comments by UN Secretary-General Antonio Guterres in calling for the perpetrators of the crime to face justice.

Mali is one of the most dangerous countries in the world for UN peacekeepers. Dozens of peacekeepers have been killed in ongoing counter-insurgency operations, according to UN figures.

Troops from Mali’s neighbours make up the majority of the more than 13,000 UN peacekeeping troops in Mali (MINUSMA).

Islamic extremists took over Mali’s north in 2012. France, Mali’s former colonial ruler, led a 2013 military operation that ousted them from their urban strongholds. Since then, however, the extremists roam through the open, desert areas of northern Mali.

Mali’s military has also failed to stem the violence despite support from France and the UN peacekeeping mission.Africa.cgtn.com

Egyptian mummies paraded through Cairo on way to new museum