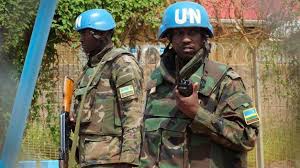 Dr Ashraf Eissa, the spokesperson of UNAMID, where Rwanda has more than 1,000 peacekeepers, told The New Times on Friday, December 25, that the UN Security Council unanimously passed Resolution 2559 on the situation in Darfur and instructed UNAMID to cease its operations in Darfur by December 31 2020.

“The Council gave a period until 30th June (2021) to enable the Mission to repatriate its troops and personnel followed by a liquidation period where a small team can dispose of assets and complete the closure of the Mission,” he said.

“This means UNAMID’s last patrol will go out on 31st December and after that there are no mandated activities other than drawdown followed by closure.”

According to the spokesperson, details on the drawdown are yet to be set by the UN but they are in the pipeline.

When, in August 2004, just 10 years after the 1994 Genocide against the Tutsi, Rwanda deployed it’s first contingency to a peacekeeping mission, it was under the auspices of the then African Union Mission in Sudan (AMIS). The latter was mandated to curtail the humanitarian catastrophe that was boiling in Darfur. Rwanda’s first contingent of 155 troops were also the first boots on the ground for the new peacekeeping mission.

Later, a new hybrid AU-UN peacekeeping mission was formally approved by the Security Council Resolution 1769 on July 31, 2007, to bring stability to the war-torn Darfur region of Sudan while peace talks continued.

The Security Council has the primary responsibility of maintaining international peace and security.

Currently, Rwanda is the third largest UN troop-contributing country in the world.

Rwanda has deployed more than 6,000 military and police personnel to different peacekeeping missions in the world. The New Times

U.S. response to Putin may close door to more arms...

Seven US lawmakers demand Mike Pompeo to raise issue of...