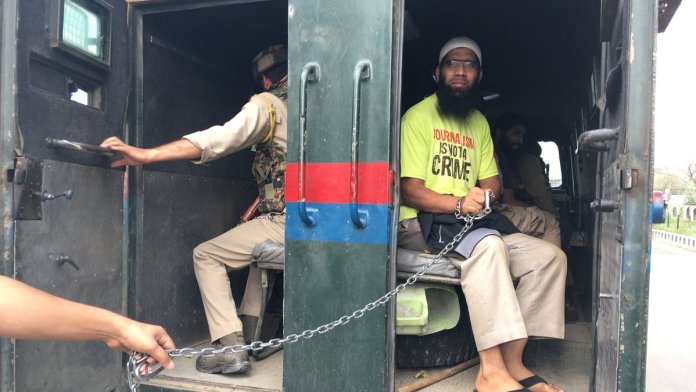 Washington: The office-bearers of the National Press Club of the United States have urged India to release from prison Aasif Sultan, a Kashmiri journalist who has been unjustly detained for two and a half years.

In a statement, the media body said, “Sultan, a writer for the Kashmir Narrator, was arrested in August 2018 on an unwarranted charge ….”

“He is at risk of contracting COVID-19 in crowded prison conditions. His father has a heart condition, and his entire family is distraught.”

“The National Press Club recognized Aasif Sultan with a 2019 John Aubuchon Press Freedom honor, singling him out among the world’s many journalists under duress, because his mistreatment was so egregious and because he was one of many journalists and citizens whose rights were abused in Kashmir.”

“Mr. Sultan remains in prison, and that is simply wrong. All he did was his job. On behalf of journalists everywhere, we say: it is past time for Prime Minister Narendra Modi to do what is necessary to allow Mr. Sultan to rejoin his family.”

Founded in 1908, the National Press Club is the world’s leading professional organization for journalists. The Club has 3,000 members representing nearly every major news organization in the United States and around the world.