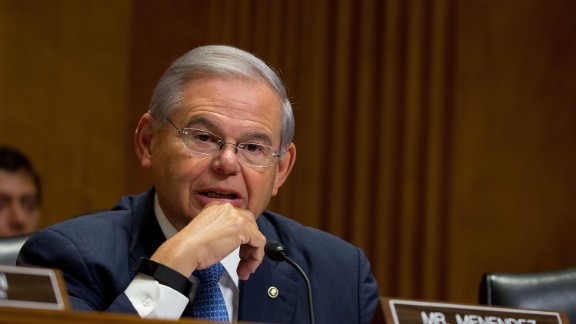 New Delhi: US Defence Secretary Lloyd J Austin – the first member of the newly elected Joe Biden administration who will be on a visit to India has been asked to raise concerns about democracy in the country with Indian officials. In a letter to him, Senator Robert Menendez has pointed out that while US and India’s partnership is “critical to meet the challenges of the 21st Century”, the partnership “must rest on adherence to democratic values”. The Indian government, he added, “has been trending away from those values”.

In his letter, Senator Menendez — Chairman of the Senate Foreign Relations Committee — wrote: “The Indian government’s ongoing crackdown on farmers peacefully protesting new farming laws and corresponding intimidation of journalists and government critics only underscores the deteriorating situation of democracy in India. Moreover, in recent years, rising anti-Muslim sentiment and related government actions like the Citizenship Amendment Act, the suppression of political dialogue and arrest of political opponents following the abrogation of Article 370 in Kashmir, and the use of sedition laws to persecute political opponents have resulted in the U.S. human rights group Freedom House stripping India of its ‘Free’ status in its yearly global survey”.

India has been prickly in its reaction to criticism over its handling of the farmers’ protest.

The tweet by pop icon Rihanna on the farmers’ protest, which was picked up and commented on by US political leaders, had triggered a huge row. The government had warned against the “temptation of sensationalist social media hashtags and comments”.

“Motivated campaigns targeting India will never succeed. We have the self-confidence today to hold our own. This India will push back,” foreign minister S Jaishankar had said.

After US remarks on the farmers’ protests, India had cited the Capitol Hill violence.

“The incidents of violence and vandalism at the historic Red Fort on the 26th of January have evoked similar sentiments and reactions in India as did the incidents on the Capitol Hill on the 6th of January and are being addressed as per respective local laws,” the foreign ministry had said, while welcoming US acknowledgment of “steps taken by India in agricultural reform”.

For the Joe Biden administration, countering the influence of an aggressive China in southeast Asia and Indo-Pacific has been a key aspect of foreign policy. For this, it has been partnering democratic nations in the region and much of US-India interaction too, has been geared towards it.

Earlier this month, the leaders of the Quad nations — the US, India, Australia and Japan — had their first meeting, where they discussed cooperation in the Indo-Pacific region. NDTV.com

India contributed to nearly 60pc of the global rise in...