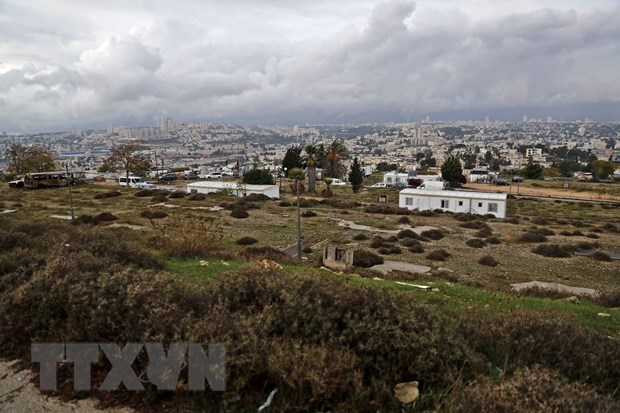 Hanoi: The United Nations Security Council (UNSC) held a videoconference to look into the situation in the Middle East, including the Palestinian issue.

Tor Wennesland, UN Special Coordinator for the Middle East Peace Process, said there remain concerns about the implementation of the council’s Resolution 2334 as Israel has continued expanding Jewish settlements in the occupied Palestinian territory, including in the places that may partition the territory of the Palestinian State in the future.

Besides, Israel has continued to demolish Palestinian homes, leaving 465 people, mostly women and children, homeless while violence among parties has been causing heavy civilian casualties, he said, noting that all of these activities have violated UN resolutions and international law.

At the event, held every three months to discuss the Resolution 2334 implementation, many UNSC member states also voiced serious concern over the enforcement situation of Resolution 2334, as well as Israel’s settlement expansion and demolition of Palestinian homes in the occupied territories.

They called on the relevant parties to comply with UN resolutions, put an end to violent acts, protect civilians, and facilitate negotiations.

Some countries welcomed recent activities of the Middle East Quartet and appealed for humanitarian aid and assistance for civilians.

In his remarks, Ambassador Dang Dinh Quy, Permanent Representative of Vietnam to the UN, expressed concern about the developments at the site, especially when the Israeli settlement expansion in the West Bank shows no signs of ceasing.

He held that these activities, together with a series of others impeding the life of Palestinians such as demolitions, will increase differences among parties, hamper the resumption of talks, and narrow opportunities to obtain lasting and sustainable solutions to the Palestinian issue.

Regarding the Middle East Peace Process, Vietnam welcomes and supports all the initiatives and efforts that can help promote this process, he noted, adding that the country calls on the parties to exercise self-restraint and not take actions or make any statements that may further complicate the situation.

In terms of the coming elections in Palestine, Quy urged the parties concerned to create favourable conditions for the elections in all areas, including East Jerusalem.

The diplomat also highlighted Vietnam’s strong support for UN agencies, especially the UN Relief and Works Agency, to provide humanitarian aid for people in distress, and that Vietnam calls on all parties to continue facilitating humanitarian assistance and vaccine transportation and distribution in the time ahead.en.vietnamplus.vn