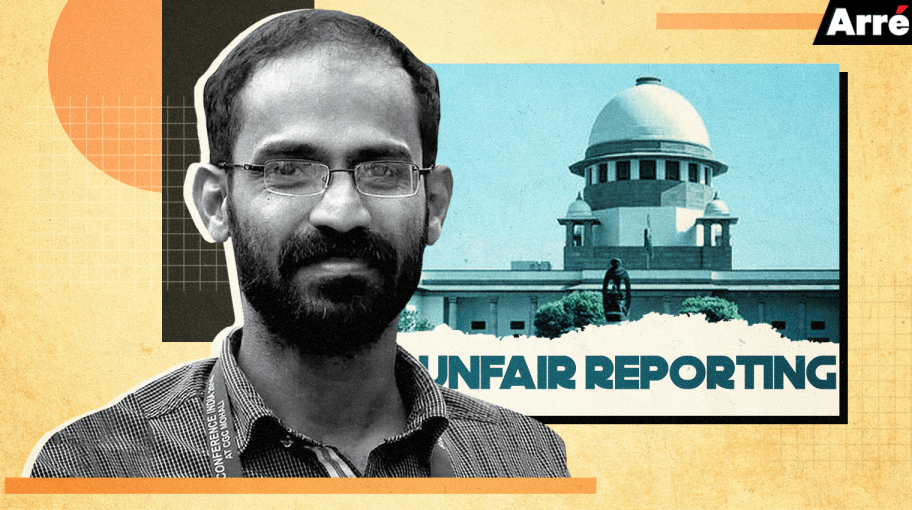 New Delhi: This week, a Muslim journalist in India will complete 150 days in jail after he was arrested on his way to report on the death of a Dalit teenager days after she was gang-raped.

Siddique Kappan, 41, was arrested in October while attempting to reach Hathras, a small town in the northern state of Uttar Pradesh, about 200km (124 miles) from the capital New Delhi.

On September 14, a 19-year-old Dalit young woman had been gang-raped in a field by four men belonging to the Thakur community, an influential caste among Hindus.

The young woman suffered serious injuries to her spinal cord due to the assault and died two weeks later at a hospital in New Delhi, triggering nationwide outrage and protests.

Dalits, the former “untouchables” who fall at the lowest rung of the complex Hindu caste hierarchy, have been subjected to systemic discrimination and violence for centuries.

To make the matters worse, authorities in Hathras secretly cremated the young woman’s body at approximately 2:30am on September 30, without the consent of her family, who alleged they were locked up in their house by the police during the cremation.

The forced, secret cremation of the victim intensified protests against the gang rape, with many reporters rushing to Hathras to cover the suspicious developments.

Kappan, who was a regular contributor to the Malayalam language news website Azhimukham, was one of them.

On October 5, he was picked by Uttar Pradesh police while he was travelling with three other men in a car to Hathras.

Speaking to Al Jazeera, a senior Uttar Pradesh police officer, who initially was in charge of the case, denied knowing Kappan was a journalist when he was arrested.

“It wasn’t clear initially. He didn’t say it and he had no identification card on him,” said Additional Superintendent of Police Shrish Chandra. “Otherwise, why would we stop [Kappan] when every other press reporter was going there?”

Chandra said the police found the four people in the car “lying about a few things” and that they found some “PFI-related writings and documents” in the vehicle.

PFI, which stands for the Popular Front of India, is a Muslim organisation often accused by the Indian authorities of links with “terrorist” outfits, kidnappings, murder and violence.

The group has denied the allegations and says it works to fight against the “unequal treatment” of India’s Muslims.

Police said two of the three men arrested with Kappan were members of the Campus Front of India, the PFI’s student body.

During a hearing in India’s Supreme Court on a petition filed by the Kerala Union of Working Journalists (KUWJ) challenging Kappan’s arrest, police said he was an “office secretary” of the PFI and only used journalism as a facade.

The KUWJ, which elected Kappan as the secretary of their New Delhi chapter in 2019, also rejected the police’s claim that he was not carrying a press card when he was arrested.

Kappan’s lawyer Wills Mathews told Al Jazeera the case against his client is littered with inconsistencies and that the police made “false and frivolous statements” in the court.

Mathews said police had no evidence to back their claim that Kappan was a PFI “office secretary”.

“Prima facie, there is nothing against him. It was subsequently developed into a larger issue after the arrest. Why were additional FIRs with serious offences added later?” he asked, referring to the First Information Report filed by the police following a complaint.

According to the documents submitted in court, Kappan was initially charged with bailable offences, but more serious charges were added later to keep him in custody.

Earlier this month, the Supreme Court allowed him a five-day interim bail to visit his ailing mother in Kerala state’s Malappuram district with a rider: that he would not talk to the media.

Kappan’s wife Raihanath Kappan told Al Jazeera her husband was targeted for his Muslim and Malayali identity. She also alleged he was tortured by the police during the interrogation.

“He was asked if he consumed beef and how many times had he seen Dr Zakir Naik,” she said, referring to the controversial Muslim preacher who faces hate speech and money laundering charges and is currently living in Malaysia to avoid arrest in India.

“He was also asked why Muslims showed sympathies with the Dalits,” Raihanath added.

She said the police gave Kappan the option to name two Communist Party of India-Marxist parliamentarians to secure his release. She said he was also asked about “his links with Rahul Gandhi” – the opposition Congress party leader Raihanath had met for support. Al Jazeera