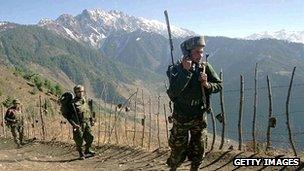 Islamabad: World Muslims Congress (WMC) delegation who participated in 34th meeting of 46th session of United National Human Rights Council via video link has urged the Council to establish a commission of inquiry to investigate the past and ongoing human rights violations in Indian illegally occupied Jammu and Kashmir.

Altaf Hussain Wani speaking on behalf of the World Muslim Congress (called upon UNHRC to establish an independent inquiry under international scrutiny to investigate the unabated extra-judicial killings of Kashmiris by Indian occupational forces and bring the perpetrators of these heinous crimes to justice. The revelations of planting weapons on the bodies of the victims of extra-judicial killings in Shopian by the Indian occupation troops to make it look as though they were armed fighters are deeply disconcerting and an affront to the collective the conscience of humanity, he added.

Syed Faiz Naqshbandi said that people of occupied Jammu and Kashmir were facing collective punishment at the hands of Indian occupational forces.

Dr. Saira Farooq Shah said that journalism is going through a turbulent period in IIOJK. The journalists who even report with utmost honesty and professional integrity face state repression and are hounded by the occupation authorities’ day in day out. She urged the council to establish a commission of inquiry to investigate the human rights violation in Indian occupied Jammu and Kashmir.