World urged to intervene for peaceful settlement of Kashmir dispute 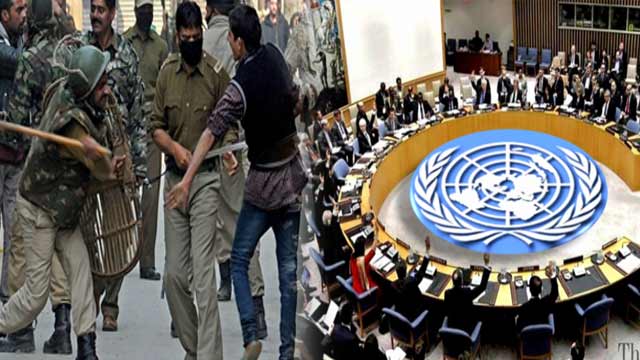 Srinagar: Senior Hurriyat leader Ghulam Muhammad Khan Sopori has called upon the international community to impress upon India to fulfill its commitment to grant the people of Kashmir their inalienable right to self-determination as recognized in the relevant resolutions of the UN Security Council.

Addressing a meeting Ghulam Muhammad Khan Sopori said that India was involved in brutal murder of Kashmiri youth in the garb of so-called cordon and search operations.

“The Kashmiri people have been fighting for the right to self-determination for the past 73 years in the light of the UN resolutions,” he said.

Khan Sopori condemned the continued detention of Dukhtan-e- Millat chief Aasiya Andrabi, Nahida Nasreen and Fehmida Sufi in false cases and said that such tactics would not succeed in forcing them into submission.

Jammu and Kashmir Islami Tanzeem-e-Azadi Chairman, Abdul Samad Inqilabi, in a statement issued in Srinagar said that ordinary people were subjected to inhuman situation by Indian troops during so-called cordon and search operations in the length and breadth of the territory. He condemned the use of brutal force by the troops in Shopian.

Jammu and Kashmir Mass Movement has said that Kashmiri people would continue their struggle for right to self-determination despite Indian brutalities. The JKMM Information Secretary, Shabbir Ahmed, in a statement issued in Srinagar deplored that Indian troops were killing innocent youth to suppress the ongoing freedom movement.

Meanwhile, Chairman of Jammu and Kashmir Muslim Conference Shabbir Ahmad Dar and Mahaz-e-Azadi President Muhammad Iqbal Mir in a statement in Srinagar expressed sympathies with the ailing freedom leader, Syed Muhammad Muzaffar Shah. Muzaffar Shah, who has been diagnosed COVID-19 positive, is undergoing treatment at a hospital in Rawalpindi. They prayed for his speedy recovery.