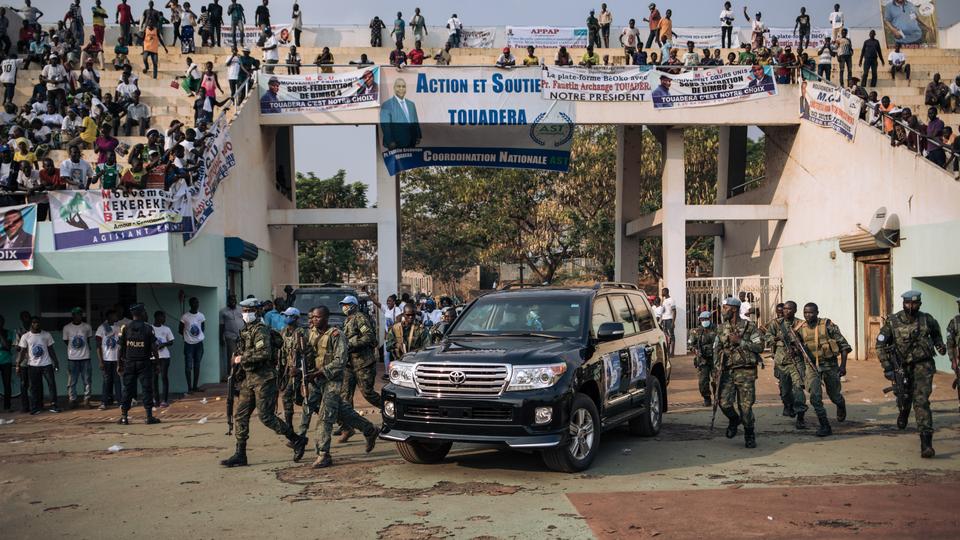 Ankara: Two peacekeepers from the UN mission in the Central African Republic (CAR) were killed Monday in an attack by a rebel group, according to an official.

A clash occurred between members of the armed rebel group the Patriots’ Coalition for Change and UN peacekeepers near the southeastern city of Bangassou, Bangassou MP Serge Singha Bengba told the press.

A Gabonese and Moroccan peacekeeper were killed in the clash.

Violence has flared in the CAR since former President Francois Bozize’s candidacy for the Dec. 27, 2020 elections was turned down.

The retired general, who seized power in a 2003 coup, was ousted in a 2013 rebellion. Several militia groups, some close to Bozize, have since attacked civilians, armed forces and UN peacekeeping forces.

At least nine UN peacekeepers have been killed in recent weeks.

The UN Refugee Agency (UNHCR) on Friday called for an immediate end to all armed violence in the Central African country, noting that some 60,000 people have been forced to flee the country since December.

A UN expert said Friday that impunity would continue to fuel violence and conflict in the CAR if the perpetrators, co-perpetrators and accomplices of violations of human rights and international humanitarian law were not arrested, prosecuted and tried.aa.com.tr

Bangladesh demands justice over killing of innocent citizens on Indian...

World must stop Modi’s militarist agenda before a conflict in...