3 reasons why supporting peace is more important than ever 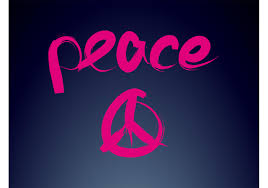 Peace building, conflict resolution, conflict prevention, whichever term you use, sits uneasily within one particular field, discipline, or government department for that matter. Is it development, foreign policy, diplomacy, defense and security, justice and human rights, any or all of the above?

Perhaps it is unsurprising that there is no neat fit. Addressing the root causes and drivers of conflict is a long-term and complex task — for those living with conflict first and foremost, but also for those supporting people working for peace. Conflicts have multiple drivers, operate as systems, are often local and do not stop at state borders. Responses require the influence, resources and commitment of different people and institutions, at different times.

Yet, the fact that peacebuilding does not have a natural home does not mean it should not have a central place in our responses to some of today’s global challenges.

Peacebuilding is an enabler — of development, security, social and economic justice, and reconciliation. And there are three increasingly urgent reasons why investing in peacebuilding and conflict prevention should be a high and central priority:

1. The effects of conflict are far-reaching.

The majority of those risking their lives trying to reach Europe are from Syria, Afghanistan, Somalia and other areas beset by violent conflict, insecurity or political repression.

Globally, the numbers of those forced to leave their homes due to war, persecution or natural disaster have reached staggering heights: at the end of 2014, United Nations estimated 19.5 million of these are people who have fled their country as refugees and half of them are children.

At the heart of many violent conflicts lie issues of inequality, injustice and exclusion.

While criminality can feed on and into a conflict, there are often genuine and unaddressed grievances at play and expressed in violence. Many extremist armed groups don’t start out that way, they radicalize over time — all the more reason to engage with the underlying issues fueling radicalization early on.

And while military force may be deployed to counter a military threat such as the Islamic State group, it cannot resolve profound underlying political, social, economic and governance problems or sustain peace. In fact, it can sometimes complicate that task.

One of the four major shifts recommended by the eminent High-level Independent Panel, which reviewed the U.N.’s peace operations this year, was for the “primacy of politics”: “Lasting peace is not achieved nor sustained by military and technical engagements, but through political solutions … political solutions must guide all U.N. peace operations.”

Building peace together: Local voices — promotes the importance of peacebuilding and places a focus on local peacebuilders who are making a real difference in various conflict affected regions around the world including West Africa, Caucasus, the Philippines and Colombia.

More than 1.5 billion people live in countries affected by violent conflict, and the gap between those countries enjoying relative peace and those afflicted by conflict is growing. The newly adopted Sustainable Development Goals respond to the fact that no low-income conflict-affected country achieved a single one of the framework’s predecessor, the Millennium Development Goals. Peacebuilding approaches, including mediation and diplomacy, dialogue and participation, are an essential part of the toolkit we need to meet Goal 16: to “promote peaceful and inclusive societies for sustainable development.”

But how we go about the task of building peace and preventing conflict also matters.

The idea of local ownership is well established in the development field; building up and on people’s own approaches and capacity to move out of poverty. But crises and conflicts — by their scale and nature — tend to produce responses from external governments and multilateral organizations, which seek to protect, rescue and, well, sometimes take over.devex.com

Turning back from Afghan peace process would be a tragedy:...