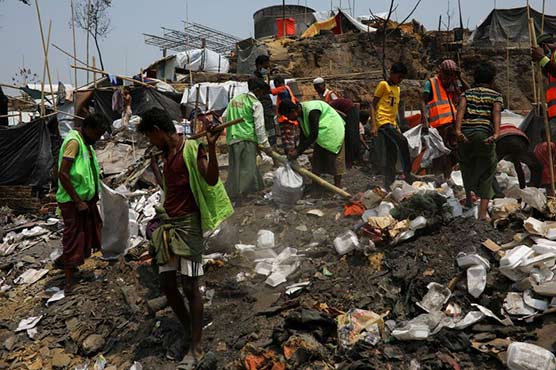 New York: About 300 Rohingya Muslim refugees were still unaccounted for last week after a huge fire swept through the world’s biggest refugee settlement in Bangladesh, the U.N. refugee agency said on Tuesday.

“Many families are still being reunited,” Andreij Mahecic, a spokesman for the U.N. refugee agency, UNHCR, told journalists, adding that 11 deaths had been officially declared.

The blaze tore through the cramped camp in southeast Bangladesh’s Cox’s Bazar district last Monday, forcing about 45,000 people from their bamboo and plastic homes. AFP

Muslim boy beaten for drinking water from Hindu temple in...