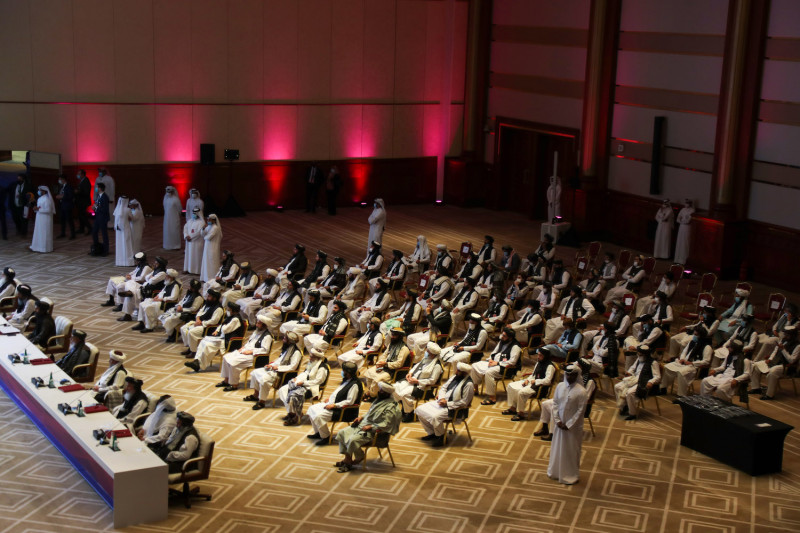 Kabul: Afghan government and Taliban representatives, including their chief negotiators, met in Doha on Sunday night.

Nader Nadery, a member of the government team, told a private TV channel that the participants exchanged views on the agenda.

Since the start of the second round of talks on Jan. 5, working groups have met four times. However, they have been unable to make progress on firming up the agenda for formal negotiations.

Also on Sunday evening, Chairman of High Council for National Reconciliation Dr. Abdullah said the government’s team would step up the peace talks in Doha.

Speaking at a virtual meeting with the ambassadors of several countries and representatives of international entities in Kabul, he underlined regional and global consensus around the peace talks.

Abdullah said the Afghan government team, which returned to Doha on time, was ready to negotiate with full authority on any issue related to the agenda.

Zalmay Khalilzad, the US special representative for the Afghan peace process, met the Taliban representatives in Doha yesterday. Pajhwak