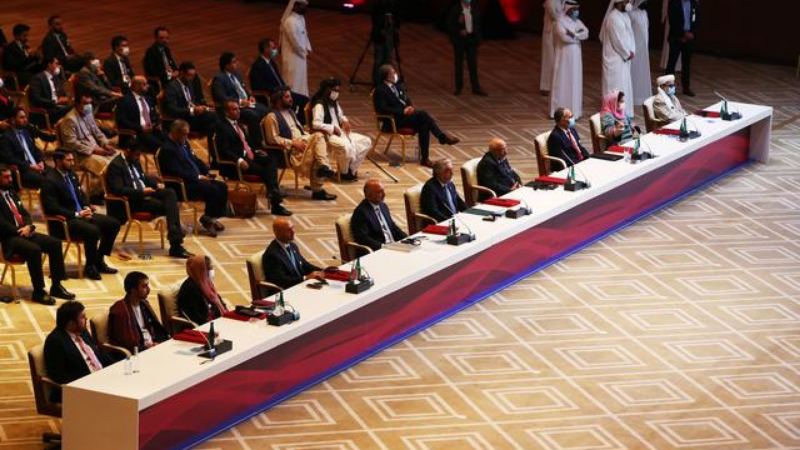 Doha: Negotiations between the government and the Taliban are taking place in Doha after a three-week pause. The US is drawing down its troop presence in Afghanistan after nearly two decades.

Peace talks aimed at brokering an end to two decades of war in Afghanistan are set to kick off in Qatar on Tuesday.

Representatives from the Afghan government and the Taliban will meet in the Gulf state’s capital, Doha, for the first time in three weeks.

It took some three months to thrash out an agreement on procedural issues for the negotiations, which began after the Taliban struck a deal with the US allowing it to pull its troops out of Afghanistan for security guarantees.

Under the terms of the agreement, the formation of a “new post-settlement Afghan Islamic government” would be determined through negotiations between both sides.

What is at stake?

The latest round will cover contentious issues such as power-sharing and a ceasefire. The Taliban currently refuses to recognize the US-backed government.

The US has been scaling back its presence in Afghanistan nearly 20 years after it intervened with its allies to overthrow the Taliban in the weeks after the September 11, 2001 attacks in the US.

It means just 2,500 American soldiers will still be in Afghanistan when President-elect Joe Biden takes office this month.

Biden wants to keep a small intelligence-based presence in Afghanistan, but Taliban leaders have flatly rejected any foreign troops.

Officials familiar with the US-Taliban peace deal say there is no wiggle room that would allow even a small number to remain.

President Ashraf Ghani’s government was elected in 2019 for a five-year term but the Taliban rejected the election.

But relentless violence is over-shadowing the bid to find peace.

Government officials have in recent weeks accused the Taliban of a string of high-profile murders, including of bureaucrats and journalists, and bomb attacks.

The Taliban have rejected some of the accusations but at the same time, they have made gains against government forces in fighting in various parts of the country.

The level of violence has prompted occasional intervention by Western forces.

European officials have also urged both sides to reduce hostilities and move quickly towards a settlement.Dw.com

A victory for peace and freedom lovers