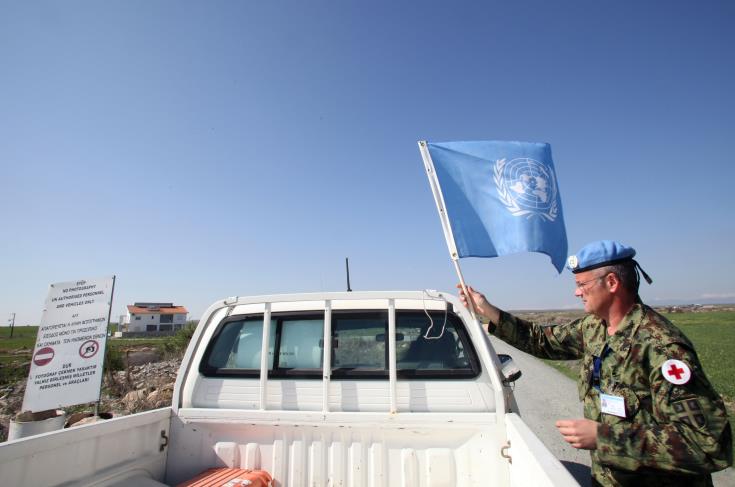 New York: The UN Security Council is expected to adopt a resolution renewing the Cyprus peacekeeping force (UNFICYP) mandate for another six months on January 28.

On January 14, a teleconference will take place between countries contributing personnel to UNFICYP while on January 19 Security Council members will be briefed by UN Secretary General’s Special Representative in Cyprus Elizabeth Spehar.

The UN Secretary General’s report on the UN peacekeeping force in Cyprus is expected to be handed to Security Council members on January 8.

A report on the good offices mission will also be given to them.

The United Nations Peace Keeping Force in Cyprus (UNFICYP), comprising military and civilian personnel from various contributing countries, arrived on the island in March 1964 after intercommunal fighting broke out.

The mandate for the globe’s longest peacekeeping force is renewed every six months by the Security Council.

Cyprus has been divided since 1974 when Turkish troops invaded and occupied 37% of its territory.

Repeated rounds of UN-led peace talks have so far failed to yield any results.

The last round of Cyprus negotiations, in July 2017 at the Swiss resort of Crans-Montana collapsed in acrimony.

Over the years, more than 150,000 troops have served in UNFICYP. Currently, about 802 troops serve on a rotating basis.

The largest troop contributors are Argentina and the UK, followed by Slovakia and Hungary.Financialmirror.com