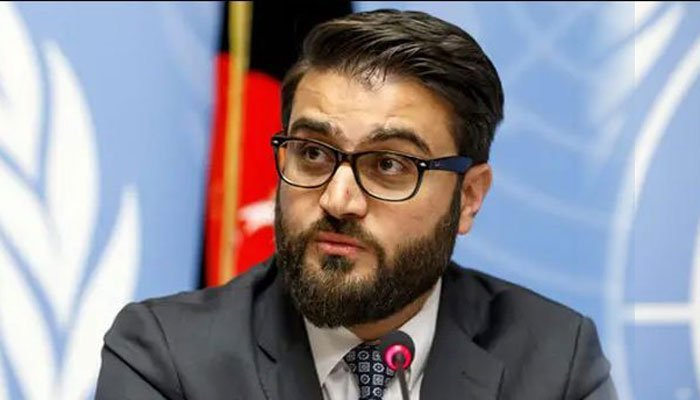 Kabul: Afghanistan’s National Security Adviser (NSA) Hamdullah Mohib on Sunday said that it was important for Kabul to reach an agreement with Islamabad on outstanding issues if it wants peace with Taliban and end the war in the country.

“Pakistan’s role is important and to reach peace with the Taliban, it is important to have an agreement with Pakistan to resolve all issues,” said Mohib during a news conference in Kabul as quoted by Afghanistan based Bakhtar News Agency.

Mohib made the remarks while addressing a joint news conference with senior Afghan security officials in Kabul.

Speaking about the struggles of achieving an agreement with the Afghan Taliban, Mohib said that the Ashraf Ghani-led government has taken all necessary steps to establish peace. He added that the Afghan government was waiting for the Taliban to prove that they too want peace.

Mohib during the presser also spoke about a draft proposal put forward to the Afghanistan government on the peace process by US special envoy on Afghanistan Zalmay Khalilzad.

“Khalilzad’s new plan is not a plan of the US government, but a plan to accelerate the peace process, and it is more structured and focused on the division of power in order to solve security problems,” said Mohib.

He repeated that problems between the Afghan Taliban and government were not “on the structures” but the “differences” between the two sides on the “values” and governance they want in the country after US troops withdraw.

Afghan officials and Western diplomats have told Reuters that during Khalilzad’s recent visit to Kabul he discussed the idea of an interim government after bringing Afghan leaders together for a multilateral conference outside the country.

A Taliban spokesman in Doha also acknowledged that the group has received a proposed draft plan for the peace process and were reviewing it.

Ghani has strongly opposed the idea of the interim government and said any new government should be formed through elections.

US says all options on table for a decision on Afghanistan

The news of the proposal comes as the US government said on Sunday that all options remain on the table for its remaining 2,500 troops in Afghanistan, saying it has made no decisions about its military commitment after May 1.

The State Department comments came after reports emerged that US Secretary of State Antony Blinken had made a new urgent push for a United Nations-led peace effort that included a warning that the US military was considering exiting Afghanistan by May 1.

Blinken in a letter to Afghan President Ashraf Ghani said the United States is “considering the full withdrawal of forces by May 1st as we consider other options”. Web Desk