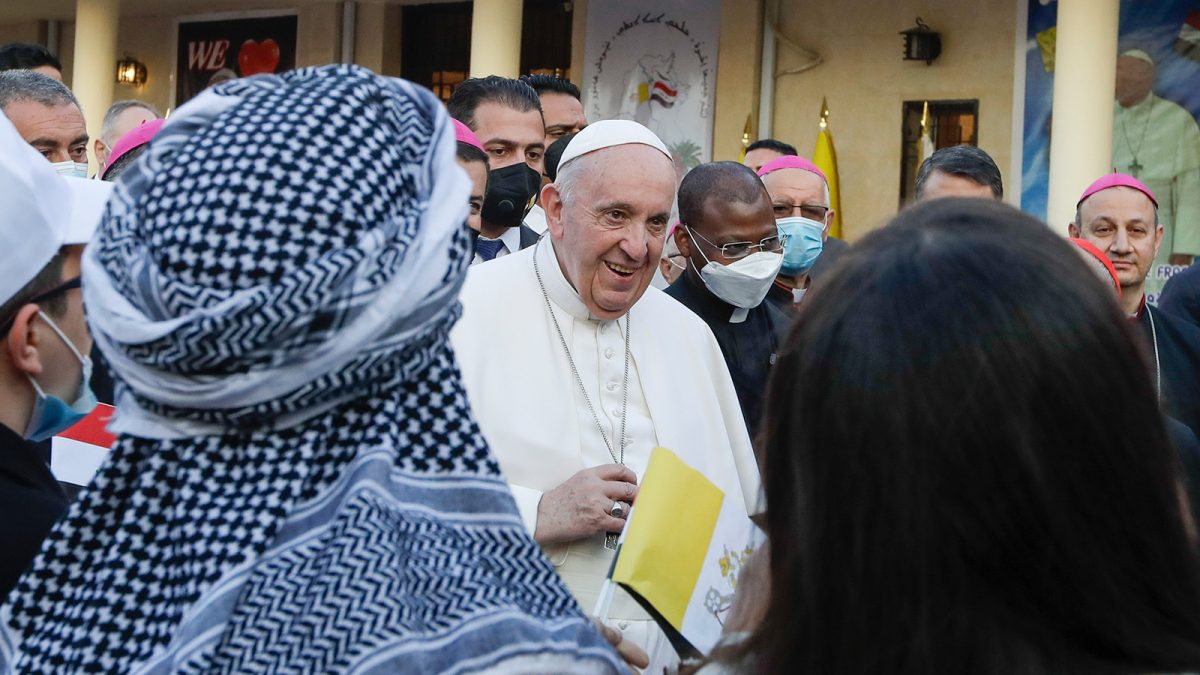 Baghdad: Pope Francis has ended his historic tour of Iraq, departing the capital Baghdad after visiting conflict-torn cities, meeting Muslim and Christian leaders and preaching peace and coexistence over war.

On Monday, Francis waved one last time before boarding the plane to the Vatican after Iraqi President Barham Salih accompanied the 84-year-old pontiff down a red carpet to his flight.

During the pope’s trip, the first-ever papal visit to Iraq, he toured four cities, including Mosul, the former ISIL (ISIS) stronghold where vast areas still lie in ruins.

In his addresses, he delivered messages of peaceful coexistence, urging coexistence and safety for all.

Intense security surrounded his trip to Iraq. Military pick-up trucks, mounted with machine guns, escorted his motorcade and plainclothes security men mingled in Mosul, the butts of their guns peeking out of black backpacks slung around the front of their bodies.

In the pope’s Mosul mass on Sunday, Muslim and Christian residents in the ruined Iraqi city spoke of their lives under the brutal rule of ISIL.

Francis saw the ruins of homes and churches in a square that was the old town’s thriving centre before Mosul was occupied by ISIL from 2014 to 2017, its fighters ravaging northern Iraq, killing Christians as well as Muslims who opposed them.

He sat surrounded by skeletons of buildings, dangling concrete staircases, and cratered ancient churches, most too dangerous to enter.

Much of the old city was destroyed in 2017 during the bloody battle by Iraqi forces and an international military coalition to drive ISIL out.

“How cruel it is that this country, the cradle of civilization, should have been afflicted by so barbarous a blow, with ancient places of worship destroyed and many thousands of people – Muslims, Christians, Yazidis and others – forcibly displaced or killed,” he said.

In an apparent direct reference to ISIL, Francis said hope could never be “silenced by the blood spilled by those who pervert the name of God to pursue paths of destruction”.

Iraq’s Christian community, one of the oldest in the world, has been devastated by the years of conflict, falling to about 300,000 from about 1.5 million before the US invasion of 2003 and the brutal ISIL violence that followed.

On Sunday, Francis also flew by helicopter to Qaraqosh, a Christian town that was overrun by ISIL fighters, and visited a church whose courtyard was used by fighters as a shooting range. Al-Jazeera