Algeria could face US sanctions over military technology ambitions 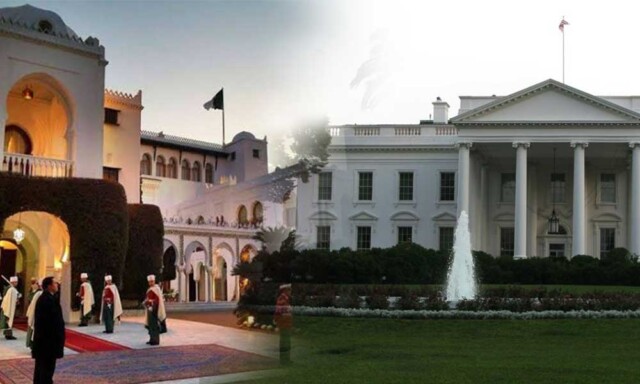 Rabat: Algeria’s military ambitions do not just threaten a potential arms race with Morocco, it could make the country a target for US sanctions. Algeria recently announced it will integrate 14 advanced Su-57 fighter jets into its air force, making it the first foreign military to use Russia’s most advanced fighter plane.

However, the US strongly opposes military purchases from Russia. Turkey has attempted to test the US resolve on the matter, which resulted in the implementation of sanctions on December 14 that is rapidly pushing Ankara back to the negotiating table. Similarly, yesterday it became clear that India could face US sanctions for its intention to buy Russia’s world-class S-400 missile systems that triggered the diplomatic spat with Turkey.

The US reserves itself the right to punish other countries from buying advanced military hardware from Russia, its main competitor in the global arms market. The US uses its 2017 Countering America’s Adversaries Through Sanctions Act (CAATSA) to implement sanctions. Section 231 of the act specifies that the US can sanction any country or individual deemed to be “engaging in transactions with the intelligence or defense sector,” of the Russian government.

The broad definition of the act’s wording means that Algeria could possibly face US retribution if it furthers its military ambitions. Algeria is Russia’s largest purchaser of weaponry, taking in half of all Russian arms sales on the African continent. Only two other countries worldwide purchase more Russian military hardware than Algeria.

Algeria’s top military brass have not yet indicated whether they aim to upgrade their current S-300 missile batteries with Russia’s top-grade S-400 system. Yet, the country might have already brought itself into US crosshairs because of its early purchase of Russia’s advanced Su-57 stealth fighter designed to rival NATO’s F-35.

The early order indicates that Algeria holds an important status for Russia’s military industry. Lingering Russian influence in Algeria has not gone unnoticed among US military strategists. In 2006, Russia agreed to write-off Algeria’s debt in exchange for an agreement on future Russian equipment sales, and ties between the two countries have only deepened ever since.

To date, Algeria is the only country to have openly spoken of its plans to deploy Russia’s new fighter jet, making it the vanguard in gauging the US reaction to its ambitions. While the S-400 poses a clear threat to NATO’s F-35 fighter, the CAATSA’s wording could easily also apply to Algeria’s Su-57 ambitions.

How far the US aims to pursue its retribution against purchasers of Russia military technology remains to be seen, yet the devastating impact of US sanctions cannot be ignored.

The US has destroyed the economies of Iran and Syria, with far-reaching effects on neighboring countries Iraq and Lebanon. The US’ refusal to lift sanctions even as COVID-19 devastated these countries reveals a strong determination to use sanctions to cripple countries it disagrees with little regard to the devastating impact on the sanctioned country’s population.

The US could easily cripple Algeria’s main source of income by putting sanctions on its oil and gas exports. Simultaneously, the intertwined nature of Algeria’s top military brass and senior government officials mean that sanctions on individuals would likely hit some of the country’s top officials. Algeria is facing economic woes already and cannot afford such a blow.

The situation presents a conundrum for Algeria. As it intends to strengthen its military to rival Morocco, the country could possibly be escalating a regional cold war and an economically costly arms race.

While Algeria has stumbled into a possible confrontation with the US, Morocco is deepening ties with the global superpower. Russia indicated in 2018 that a simple request from Morocco could have granted it the S-400, arguably the best missile and radar system available. Yet Morocco’s refusal to do so is likely based on the impact it would have on US-Moroccan relations.

Algeria’s fate is likely tied to the relatively unproven quality of the Su-57 jet fighters it has ordered. If the coming years reveal that it could indeed threaten the F-35s aerial superiority, the US could easily apply CAATSA on Su-57 purchases. Algeria could be the one country with the new-generation Russian jet fighters when the US responds.

Ironically, if Algeria’s new jets are less good than advertised by Russia, the country could be much safer, as this would lessen the threat of crippling US sanctions.Morocco