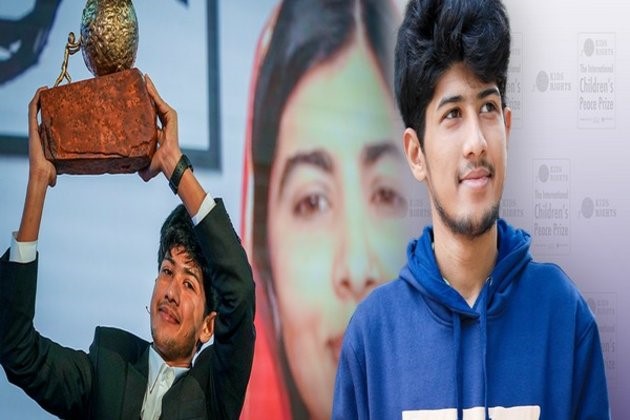 Human Rights Activist and Nobel Prize Winner Malala Yousafzai on Friday announced the award to the 17-year-old for his involvement in setting up his social organization and mobile app “Cyber Teens” to stop cyberbullying, Anadolu news agency reported.

Sadat started his campaign after a 15-year-old girl committed suicide after suffering cyberbullying. The app “Cyber Teens” has given a platform to helpless teenagers needing help.Anadolu news agency further reported that the app has already supported over 300 victims of cyberbullying and led to the arrest of eight perpetrators of cybercrimes, and the app has reached over 45,000 teenagers.

“In 2017 Rohingya people sought refuge in Bangladesh due to violence in their country, I started organizing activities for them, it was then that I discovered the power of youth coming together [..],” Sadat was quoted as saying in the Hague.

“I feel proud to represent Bangladesh to the rest of the World with my work,” he said while adding that his success will be “when no one needs to use my app and there will be no cyberbullying anymore.” (ANI)

Trump administration claims it is ending wars in Iraq and...

Peace in Afghanistan will bring prosperity to Pakistan: PM Imran...