Trump administration claims it is ending wars in Iraq and Afghanistan 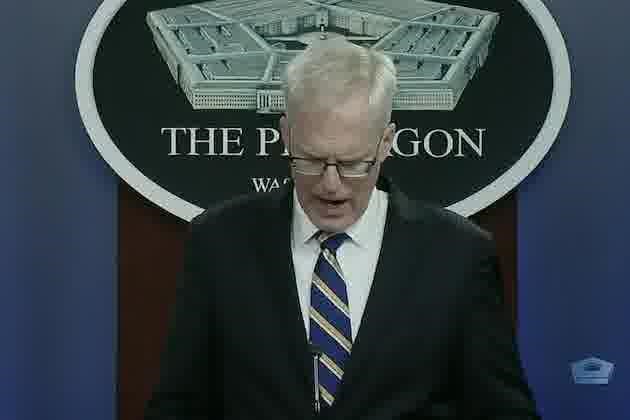 WASHINGTON, DC – In an astonishing statement, the Trump administration has announced it is ending the wars in Iraq and Afghanistan, and has described the conclusion of the wars which have endured nearly two decades and caused massive destruction, and deaths and injuries to hundreds of thousands of people, as ‘successful and responsible.’

While most of the lives lost have been Iraqis or Afghans, the wars have also struck down several thousand U.S. soldiers, and countless warriors from other countries, the United Nations, the Red Cross, and journalists.

The war in Afghanistan was on the pretext of going out after Osama bin Laden, the alleged mastermind behind the September 11 attacks on the United States. The remit was expanded to remove the Taliban from government because they would not hand over bin Laden. Nineteen years later violence still rages across the country as talks continue between the U.S., the Afghan government and the Taliban as to how the country is to be governed in the future. It is only a matter of time before the Taliban is likely back in control.

The war in Iraq was waged on the pretense that Saddam Hussein had links with bin Laden and had a hand in the September 11 attacks, all of which the Bush administration, other than Vice President Dick Cheney, conceded was not true, and false claims that Saddam was developing nuclear, chemical and biological weapons. The March 2003 invasion was preceded by a ‘shock and awe’ campaign, pure terrorism.

Both countries have been systematically destroyed and their peoples are but a shadow of what they were prior to commencement of the wars.

“Good afternoon. I’m Chris Miller, acting secretary of defense, and I’m here today to update you on President Trump’s plan to bring the wars in Afghanistan and Iraq to a successful and responsible conclusion, and to bring our brave service members home,” the U.S. commander-in-chief’s appointee of last week said Tuesday.

“From Kabul to Kandahar and from Mosul to Fallujah, hundreds of thousands of America’s finest sons and daughters, who selflessly answered the call to serve in the Army, Navy, Air Force, Marine Corps, and Coast Guard have brought us to this point. Their efforts and sacrifice will go down in history as epitomizing the strength, commitment, and empathy of a force that is unlike any the world has ever seen,” he said.

“Just last night, I joined Vice President Mike Pence and Chairman of the Joint Chiefs of Staff General Milley to attend the dignified transfer of five American soldiers who perished on duty in the Middle East. This was a somber and humbling moment that reminded us of the tremendous sacrifices made by the men and women of the United States military in service of freedom and security. “

“I’m enormously blessed and privileged to stand before you today to outline the next phase of our campaign to defeat terrorists who have perpetrated attacks on our homeland, including those who help and harbor them, and to prevent — prevent future acts of terrorism against our nation,” said Miller.

“We owe this moment to the many patriots who made the ultimate sacrifice, and their comrades who carry forward their legacy. Together, we have mourned the loss of more than 6,900 American troops who gave their lives in Afghanistan and Iraq, and we will never forget the more than 52,000 who bear the wounds of war and all those who still carry its scars visible and invisible.”

“In light of these tremendous sacrifices, and with great humility and gratitude to those who came before us, I am formally announcing that we will implement President Trump’s orders to continue our repositioning of forces from those two countries. By January 15, 2001 excuse me, I clearly am thinking of where this started in 2001 by January 15, 2021, our forces, their size in Afghanistan will be 2,500 troops. Our force size in Iraq will also be 2,500 by that same date. This is consistent with our established plans and strategic objectives, supported by the American people, and does not equate to a change in U.S. policy or objectives,” the acting secretary of defense said.

“Moreover, this decision by the president is based on continuous engagement with his national security cabinet over the past several months, including ongoing discussions with me and my colleagues across the United States Government.”

“I have also spoken with our military commanders, and we all will execute this repositioning in a way that protects our fighting men and women, our partners in the intelligence community and diplomatic corps, and our superb allies that are critical to rebuilding Afghan and Iraqi security capabilities and civil society for a lasting peace in troubled lands,” Miller said

“And just this morning, I spoke with key leaders in Congress, as well as our allies and partners abroad, to update them on these plans, in light of our shared approach. We went in together, we adjust together, and when the time is right, we will leave together.”

“One of my calls was to NATO Secretary General Stoltenberg. Another was to Afghanistan’s President Ghani, who expressed his gratitude for every American service member who has fought for peace and strengthened the longstanding friendship between our countries,” the acting defense secretary continued.

“President Ghani highlighted the caliber of our troops, which he noted has always been more important than the quantity. We continue to stand with him as his government works toward a negotiated settlement for peace.”

“Meanwhile, let us remind those who question our resolve or may seek to interfere with this prudent, well planned and coordinated transition the United States armed forces remain committed to protecting the safety and security of the American people, and supporting our likeminded allies and partners worldwide,” Miller said.

“As a veteran whose life and family was irrevocably changed in the deserts, mountains, and cities of Iraq and Afghanistan, along with the hundreds of thousands of U.S. troops who have fought there and were forever transformed by their experiences, I celebrate this day, as we continue the president’s consistent progress in completing the mission we began nearly two decades ago.”

“I want to thank the Afghans and Iraqis who have partnered with us throughout, and who now carry the bulk of the fighting to secure their homelands. I want to thank our NATO allies and other partners who have fought alongside us and taken the lead on training and advising the Afghan and Iraqi security forces. We will continue to support their efforts,” Miller said.

“And thanks to our more than 80 partners in the Defeat ISIS coalition. We have destroyed the ISIS caliphate and will ensure they never again gain a foothold to attack our people.”

“In closing, we set out to accomplish three goals in 2001. First, go abroad and destroy terrorists, their organizations, and their sanctuaries. Two, strengthen our defenses against future attacks. And three, prevent the continued growth of Islamist terrorism to include by working with allies and local partners to take the lead in the fight,” the acting secretary said

“Today is another critical step in that direction, and a result of President Trump’s bold leadership. With the blessings of providence in the coming year, we will finish this generational war and bring our men and women home. We will protect our children from the heavy burden and toll of perpetual war. And we will honor the sacrifices made in service to peace and stability in Afghanistan, Iraq, and around the world, and celebrate all those who helped us secure freedom over oppression.”