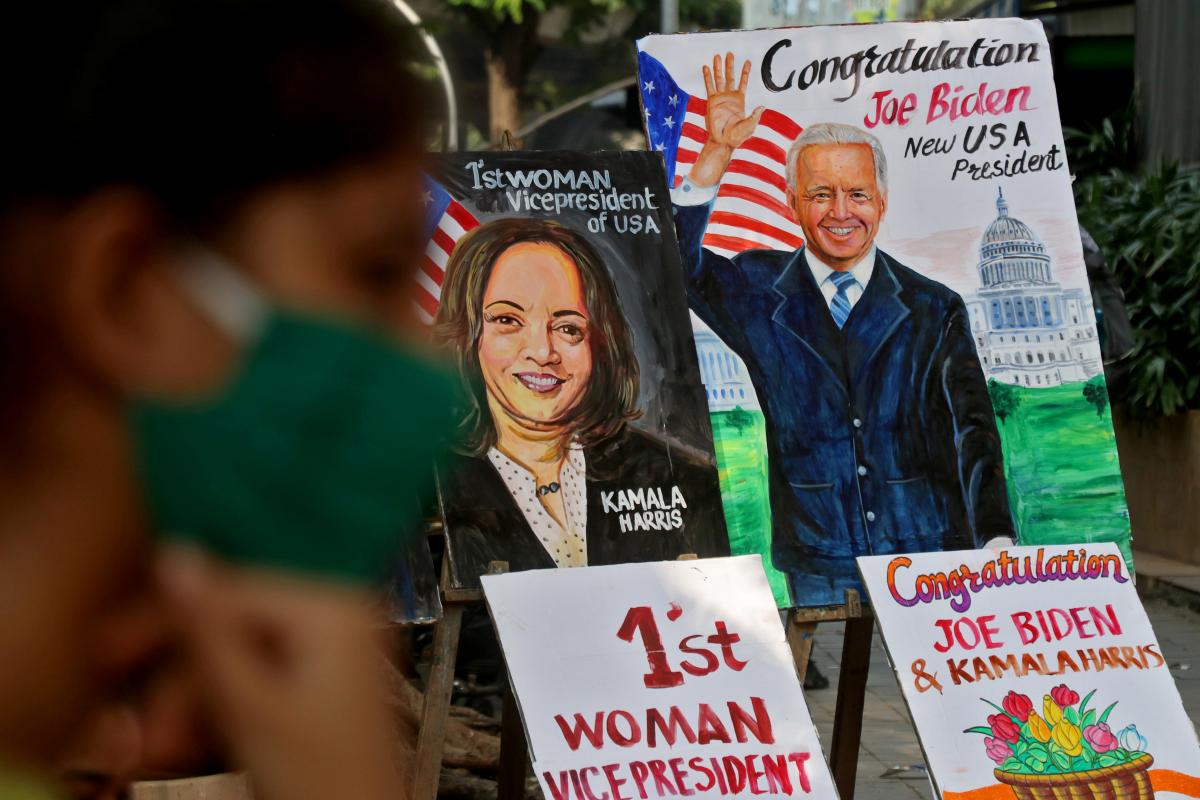 Amy Austin Holmes has a Ph.D. from Johns Hopkins and has published widely on revolutions, military coups, non-state actors and US security relations in the Middle East and Europe. She previously served as an Associate Professor at the American University in Cairo and a Visiting Scholar at Harvard University.

On the tenth anniversary of the Syrian uprising, Geir Pederson, UN Special Envoy for Syria, expressed “profound regret” at the slow pace of the UN-mediated peace talks, which have made no improvements on the ground in Syria nor put forth a vision for the future. He warned that if the talks are even to continue, “a new approach” is needed.

Until now, the Northeast of Syria, representing about one-third of the country, has been excluded from the UN-led peace talks. The Northeast also happens to have the highest levels of women’s representation in the military and police forces, as well as the local civilian government —now known as the Autonomous Administration of North and East Syria (AANES).

Women Around the World examines the relationship between the advancement of women and U.S. foreign policy interests, including prosperity and stability. 1-2 times weekly.

An overwhelming body of cross-national research has shown that women’s participation in governance advances national security, improves service provision for entire communities, and can even prevent conflict relapse. Including women in governance is not just good for those women – but for entire societies.

Which raises the question: why is the most gender-egalitarian part of Syria excluded from the talks that are intended to end the conflict?

Syria is currently fragmented into four distinct zones, governed by four different entities: the regime of Bashar al-Assad in southern and western Syria, the U.S.-backed Syrian Democratic Forces (SDF) in the Northeast, Turkey in the Northwest, while an assortment of rebel and jihadist groups control Idlib.

These four regime types have four vastly different approaches to women. By any metric, the Northeast has the highest levels of women’s participation in governance. This did not happen as a result of U.S. state-building or democracy-promotion efforts, but was established by local women.

Twenty years ago, the UN Security Council threw its weight behind the feminist idea that women matter. Resolution 1325, adopted on October 31, 2000, urged “all actors to increase the participation of women and incorporate gender perspectives in all United Nations peace and security efforts.” Two decades later, only minimal progress has been made.

Between 1992 and 2019, women represented only 6 percent of signatories to peace agreements worldwide, and only 13 percent of negotiators. In 2015, only 3 percent of UN military peacekeepers and 10 percent of UN police personnel were women, considerably lower than even the modest UN target of 20 percent.

While the UN has proven unable to meet its own target, Syrian women in the Northeast have exceeded it, and not just in the realm of peacekeeping. The Autonomous Administration has also promoted women in the civilian structures of the local government, taken unprecedented steps to protect women from domestic violence, outlawed child marriage and polygamy, and established a women’s economy that aims to make women financially independent of men.

Already in 2015, when the Syrian Democratic Forces (SDF) were founded, women represented an estimated 30 percent of the rank-and-file. Organized in separate women’s units known by the Kurdish acronym YPJ, women fought in combat on the frontlines against the Islamic State. As Gayle Tzemach Lemmon describes in her new book, The Daughters of Kobani, female commanders led some of the key battles that brought down the Caliphate, including the liberation of Raqqa, the former capital of the Islamic State in Syria.

Although pioneered by the Kurdish-led PYD political party, the commitment to gender equality has benefitted women of all ethnic and religious backgrounds in Northeast Syria.

Women also occupy important leadership positions in the civilian administration. Ilham Ahmed, a Kurdish woman from Afrin, is Co-President of the Executive Committee of the Syrian Democratic Council (SDC) and Elizabeth Gawria, a Syriac woman from Qamishli, serves as Deputy Co-Chair on the Executive Committee. They have both represented the Autonomous Administration in diplomatic visits in Washington, DC, Moscow, and numerous European capitals.

Perhaps even more important than the promotion of individual women into leadership positions are the institutions that strive to lift hundreds of thousands of women out of poverty, or provide shelter to women fleeing domestic violence. According to 2020 data from the World Economic Forum that measures the gender gap in terms of economic participation and opportunity, Syria ranks 152 out of 153 countries. Against this backdrop, the AANES launched an ambitious plan to create a “Women’s Economy,” known in Kurdish as Aborîya Jin and in Arabic as El Iktisad el Marra. As part of this initiative, the AANES has established both mixed-gender and all-women cooperatives. Like cooperatives elsewhere in the world, the co-ops in Northeast Syria are owned by the employees and are intended to foster cooperation rather than competition. The women’s cooperatives have an additional goal: to make women financially independent of men. During my last visit to Syria, I visited three different all-female cooperatives in the city of Qamishli: a furniture store, bakery, and clothing store. While the overall number of people participating in these co-ops remains relatively small, there are now more Arab women than Kurdish women working in the cooperative economy. Furthermore, it should be underscored how rare such feminist developmental strategies are. As of January 2020, there were only four countries worldwide that had adopted feminist foreign or developmental policies: Canada, France, Mexico, and Sweden. The northeastern corner of Syria has not yet achieved their goal of fully economically empowering women, but most countries have not even really tried.

By 2017, almost half the countries in the MENA region had adopted laws prohibiting domestic violence. Syria, however, was not one of them. Even the amendments to the Personal Status Law in 2019 did not penalize domestic violence. The Autonomous Administration has, however, criminalized domestic violence. Article 25 of the 2016 Social Contract states: “Using violence, manipulation, and discrimination against women shall be considered a crime punished by law.” After the region declared autonomy from Damascus in mid-2012, shelters for women fleeing domestic violence were opened in many cities and towns across northern and eastern Syria. They are known as Mala Jin, which means Women’s House in the Kurmanci dialect of Kurdish, or Beit el Marra in Arabic. Women of all backgrounds have sought refuge in the shelters.

Such apolitical, humanitarian institutions, whose only goal is to provide a safe space for women, have also suffered from the repeated Turkish cross-border operations. As a result of the Peace Spring Operation in October 2019, hundreds of thousands of civilians of all ethnic and religious groups including Arabs, Armenians, Assyrians, Yezidis, and Kurds were forced to flee. The displaced population was so large that a new internally displaced persons (IDP) camp, known as Washokani, had to be created to house them. When I visited the Washokani camp in September, I met some of the women who had previously worked in domestic violence shelters in Ras al-Ayn. To my amazement, they had set up a Mala Jin in a tent inside the camp. They continue to do the hard work of building cooperatives and running women’s shelters – even from inside IDP camps.

Unlike the Syrian regime, the Autonomous Administration of North and East Syria criminalizes domestic violence. Women’s Houses are known as a Mala Jin in Kurdish or Beit El Marra in Arabic and were opened in cities across northern Syria, including Ras al-Ayn. After fleeing from Ras al-Ayn because of Operation Peace Spring, Asiya Mohamad Habshio reestablished the shelter in a tent in the Washokani IDP Camp. Photo taken by the author in Syria, September 2020.

After fleeing from Ras al-Ayn because of Operation Peace Spring, Asiya Mohamad Habshio reestablished the shelter in a tent in the Washokani IDP Camp. Photo taken by the author in Syria, September 2020.

Finally, empowering women may be one way to escape what scholars refer to as the “conflict trap,” or the likelihood that a country will relapse into civil war. An analysis of fifty-eight post-conflict states between 1980 and 2003 found that risk of conflict relapse was near zero when women made up at least 35 percent of the legislature. While the Assad regime has no legislated quotas for women, in Northeast Syria, all representational bodies have a quota of at least 40 percent women.

Due to the overwhelming evidence that shows that women’s participation in conflict prevention and resolution advances both human security and national security, nearly ninety countries have now adopted National Action Plans (NAP). Syria does not have a NAP. However, the AANES has effectively done more to achieve gender parity —with fewer resources and in less time —than most countries that have adopted National Action Plans on Women.

Northeast Syria should be recognized for having surpassed the UN’s own benchmarks in its landmark resolution on women, peace and security. Instead, they are excluded from the UN-led talks over the future of Syria.

UN Envoy Pederson has called for a “new approach” to the peace talks. President Biden and Vice President Harris have demonstrated a commitment to greater inclusion of women domestically. Championing the same gender-egalitarian values in their foreign policies would require ensuring that all of the Syrian opposition have a seat at the negotiating table in Geneva —including the Northeast with the highest levels of gender equality.

The Biden-Harris administration has an opportunity to exercise global leadership in promoting women’s rights and ending the Syrian conflict. Including the SDF-held Northeast in the UN-led peace talks would be a way to accomplish both. CFR.org