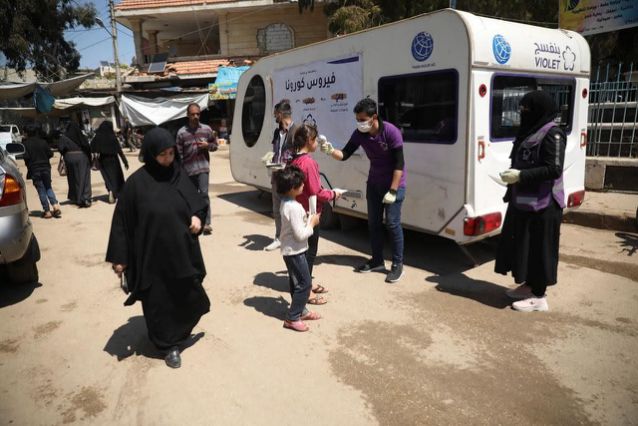 Brussels: International donors are meeting on Monday to discuss the deteriorating humanitarian situation in Syria. The talks are being held in conjunction with United Nations and European Union leaders.

The objective of the fifth Brussels Conference on Syria, held by video link, is to “mobilize the international community in support of a comprehensive and credible political solution to the Syria conflict,” the EU External Action Service said.

“With the added impact of COVID-19, there is no respite for civilians in Syria,” UN agencies said in a media statement ahead of the donor meeting.

“They face increasing hunger and poverty, continued displacement and ongoing attacks,” they said, warning that 24 million people in Syria and its neighbors are threatened.

“That is 4 million more than in 2020, and more than at any other time since the conflict began.”

More than 50 countries will be represented, along with 30 other organisations: NGOs, humanitarian agencies and international financial institutions.

Leaders will discuss humanitarian issues affecting Syrians and communities within the region who are hosting Syrian refugees, and ways to draw on more political and financial support for the war-torn country and its neighbors.

At Monday’s meeting, the UN and other aid groups will appeal for more than $4 billion (€3.4 billion), in their biggest donor request ever. They are also calling for another $5.8 billion to help the nearly 6 million Syrian refugees who have fled the country.

The previous donor conference in June last year raised pledges of $5.5 billion for 2020, according to the UN.

The requested funds will help Lebanon, Jordan, Turkey, Iraq and Egypt, which have provided for millions of war refugees despite many problems of their own.

International aid and donations have been on the decline in Syria since before the coronavirus pandemic, but the issue has been compounded by the economic downturn spurred by the virus.

In one example of funding losses, the World Food Program recently reduced its monthly food basket throughout Syria to stretch available funding and prevent a reduction in the number of people reached. That meant reducing the number of calories per person from 2,100 to 1,264, marking a 40% decrease.

Meanwhile, water needs have increased by 40% because of the pandemic, but funding has not been able to bridge the gap.

Syria is now facing the worst economic crisis since the conflict began in 2011. Its local currency has crashed, with food prices increasing by 222% from last year.

Additionally, nine out of 10 people are living below the poverty line and in northwest Syria, close to three-quarters of the 4.3 million residents face food insecurity.DW.com

Biden-Harris should lead on women’s rights and help end Syrian...