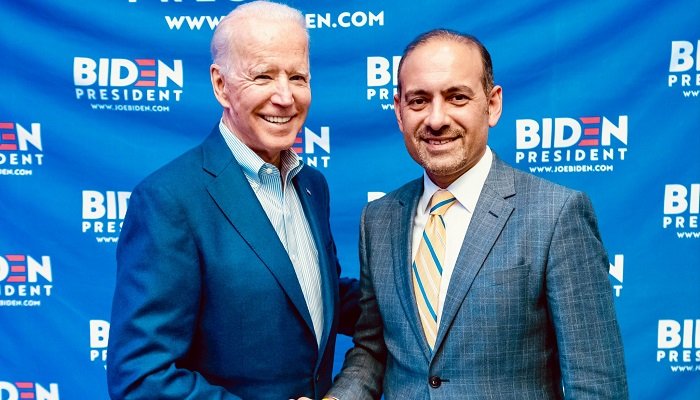 Washington: Pakistani-American Dilawar Syed has been nominated by US President Joe Biden as the deputy administrator for the Small Business Administration, according to a White House statement.

The SBA is a United States government agency that provides support to entrepreneurs and small businesses.

Dilawar says he is humbled and honoured by the nomination. In a brief message on Twitter, he said he will put his “heart and soul” into helping small businesses grow in these challenging times.

Dilawar immigrated to the United States as a student. He is the president and CEO at Lumiata, an artificial intelligence company focused on reducing healthcare costs and improving patient outcomes.

He earlier served as the president for Freshworks where he helped scale the software company’s products to thousands of small and medium businesses.

The Pakistani-American has driven civic efforts at the federal, state, and local level focusing on economic growth and entrepreneurship, the White House statement read, adding that as the founding chair of the California Entrepreneurship Task Force with the Governor’s Office of Business and Economic Development, Dilawar drives inclusive entrepreneurship bridging coastal regions with the state’s rural heartland.

He has previously been part of the former US President Barack Obama’s White House Commission on Asian Americans and Pacific Islanders.

During his time with the commission, Dilawar led the administration’s engagement with small businesses across the US after the passage of the American Recovery and Reinvestment Act of 2009.

He also served as a liaison with the Small Business Administration and the Department of Commerce on federal initiatives such as the President’s Export Council. Geo

Indian journalist speaks out against death threats for reporting on...