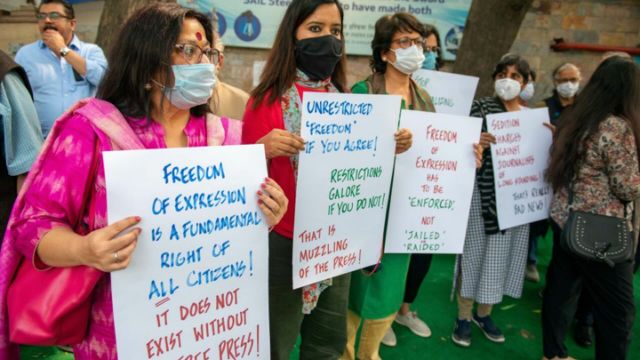 New Delhi: Indian journalist Barkha Dutt is speaking out against intimidation and death threats she and other journalists have faced while reporting on the months-long protests by farmers — one of the biggest crises being faced by the country’s prime minister, Narendra Modi.

The death threats “represent a larger environment of media intimidation that’s a very real part of our lives as functioning journalists in India today,” Dutt said on CBSN.

Dutt and eight other journalists were accused of being part of an “anti-India conspiracy” in a YouTube video that also called for their “hanging.” The online platform took down the video last month, but not before it had reached half a million viewers.

Dutt, the founder of Mojo Story, said it was a “struggle” to get the video taken offline from multiple platforms and it still pops up in online searches.

“What’s worse is that four political leaders who are affiliated with the ruling party, the BJP, actually supported the video. And that’s when we understood that this cannot be taken lightly and it cannot be ignored,” she said.

The Indian police have not taken action against the content creator who posted the death threat video, which was also debunked by a fact-checking platform as “riddled with misleading claims.”-CBSN

Indian violations of human rights in IIOJK being noticed globally:...

Biden nominates Pakistan-American Dilawar Syed as deputy head of US...