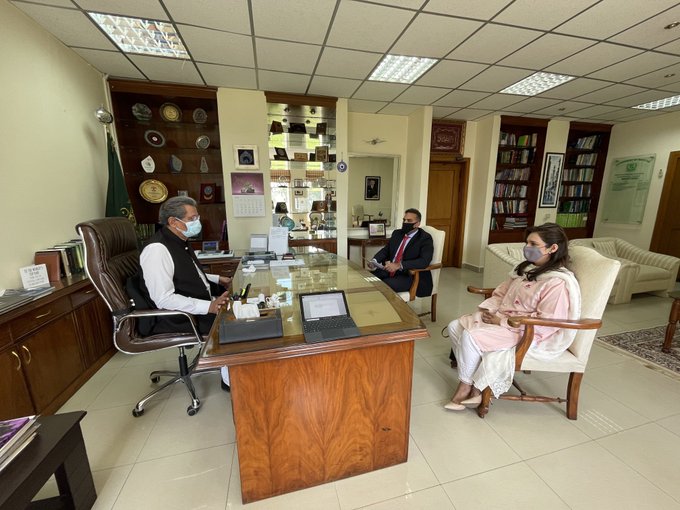 Islamabad: The British Council Pakistan on Thursday assured Federal Education Minister Shafqat Mehmood that all coronavirus standard operating procedures will be followed when during the upcoming examinations.

“The head of British Council and Cambridge in Pakistan came to see me today. They [British Council] assured me that all SOPs for conducting the exam would be strictly followed,” tweeted the minister with a picture of the representatives in a meeting with him.

Earlier this week, Education Minister Shafqat Mehmood announced that O and AS/A level examinations in Pakistan will proceed as per schedule and that there will be “absolutely no change” in the government’s decision on the matter.

He described the decision to proceed with exams as a unanimous and final one and repeatedly underlined that it was not going to change.

Mehmood was addressing parents and students scheduled to sit for the Cambridge International Examinations during a news conference on Tuesday.

“There are only around 85,000 students from all over Pakistan who are sitting for the A, AS and O Level examinations, compared to 4 million students sitting for local board exams,” the minister had said.

The minister had said that — given the comparatively lower number of students impacted, and the fact that the government has no authority over the Cambridge examinations board — health and education officials from all four provinces and the federation had unanimously decided that there would be no change in the O and AS/A Level exams schedule this year, nor would the exams be cancelled in favour of predicted grades.

“Cambridge has assured that they will ensure full compliance with [coronavirus prevention] SOPs — desks will be placed at a six-metre distance, no crowds will be allowed outside [exam centres],” he said.