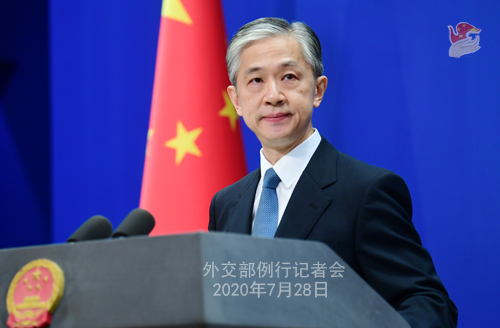 Beijing: China on Wednesday reiterated its principled stance on the expansion of United Nations Security Council (UNSC) and sought a package solution that takes into account the interests and concerns of all parties.

” (Epansion) should be done through the widest possible democratic consultation and seek a package solution that takes into account the interests and concerns of all parties, Chinese Foreign Ministry Spokesperson Wang Wenbin said during regular briefing in response to a question regarding India’s candidature for permanent membership of the UNSC.

The spokesperson said, as for India’s bid for permanent membership to the UNSC, he could reiterate China’s principled position on this issue.

“China supports UNSC reforms in a manner that increases the authority and efficacy of the UNSC, increase the representation and voice of developing countries so that that small and medium sized countries have a greater opportunity to participate in the decision making of the UNSC,”, he added.

He informed that the Chinese and India sides held consultations on Security Council issues and added, the two sides exchanged views on upholding multilateralism, peacekeeping operations and counter terrorism.

Last month, Yang Jiechi, director of the Office of the Foreign Affairs Commission of the Communist Party of China (CPC) Central Committee in his meeting with Joanna Wronecka and Alya Ahmed Saif Al-Thani, co-chairs of the Intergovernmental Negotiations (IGN) on the United Nations Security Council (UNSC) Reform of the 75th Session of the United Nations General Assembly, through video link said China firmly upholds multilateralism and safeguards the authority of the UN.

At the same time, China supports reasonable and necessary reform of the UNSC to increase the representation and voice of developing countries.

Yang, also a member of the Political Bureau of the CPC Central Committee, said

China will work with all parties to firmly support the IGN as the main channel for pursuing Security Council reform.

Wronecka and Al-Thani, who are permanent representatives to the UN of Poland and Qatar respectively, expressed their willingness to maintain close communication with China on UNSC reform issue.

They pledged to work to build consensus under the IGN framework and sustain the momentum of dialogue and negotiation.

According to media reports, China and India held consultations on UNSC agenda and discussed a wide range of issues in this regard during a meeting held yesterday.

Human rights must not be traded for economic gains in...