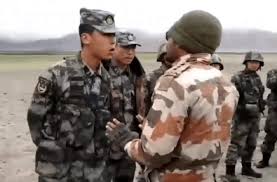 ‘New Delhi: Senior Congress leader and former Defence Minister AK Antony said that India’s disengagement from the Galwan Valley and Pangong Lake in Ladakh amounted to a “surrender” to China.

Antony said during a press briefing that Galwan Valley, where 20 Indian soldiers were killed in a clash with Chinese troops last year, was not a disputed land even in 1962. “We are surrendering our rights,” Antony said. “Reducing tension is good but not at the cost of national security.”

The former defence minister added that the government wasn’t realising the dangers of the precedent set by disengagement and buffer zones.

Antony accused the government of not giving priority to national security at a critical time. “The Chinese are building up infrastructure and military mobilisation across the India-China border, from Ladakh to Arunachal Pradesh, to Sikkim and Himachal Pradesh,” he added.

The Congress leader said that the “meagre” increase in defence budget in 2021 was “a betrayal” of the country. The defence allocation for 2021-’22 is Rs 3.62 lakh crore – an increase of about 7.34% from last financial year. Antony said that the armed forces needed adequate resources to counter China. “The government has let down our armed forces,” he added.

The Opposition has repeatedly criticised the Centre for not adopting a firm stance against China. The Centre, on the other hand, maintains that India has not surrendered even an inch of its territory to the Chinese. Scroll. In