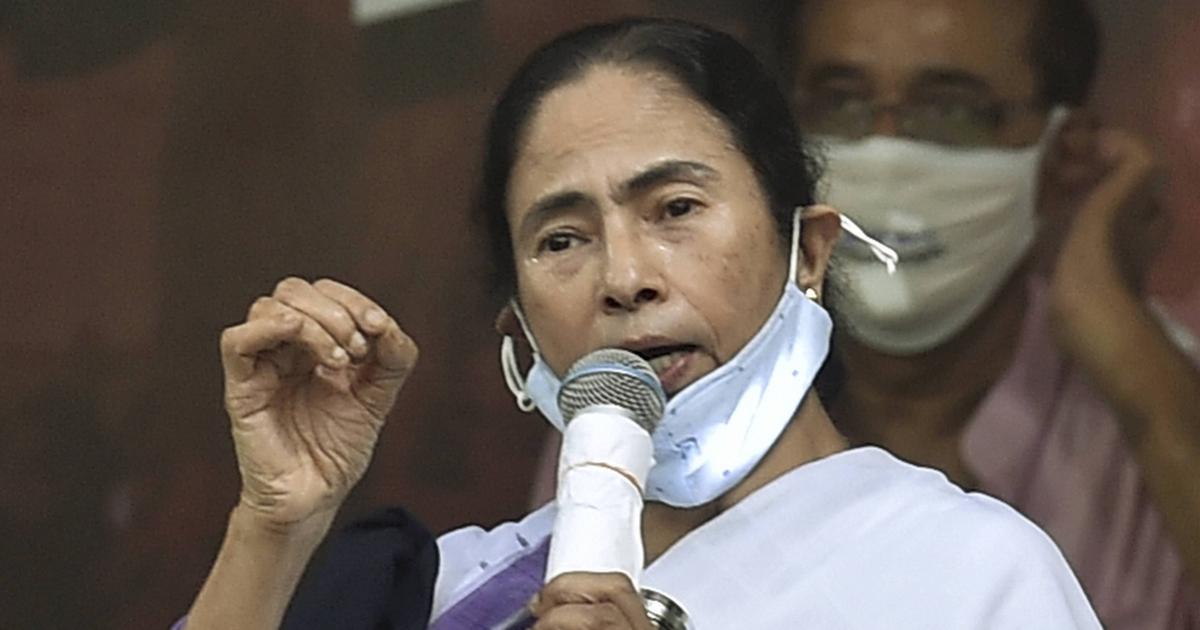 The Trinamool Congress (TMC) chief has been directed to explain her remarks within 48 hours of receipt of the notice, failing which the commission would take a decision without further reference to her.

The notice is based on a complaint registered by a BJP delegation which was led by Union minister Mukhtar Abbas Naqvi.

The poll body has issued the notice in reference to Banerjee’s speech in Hooghly on April 3, ahead of the third phase of the West Bengal assembly election. She has been accused of appealing to Muslim voters.

The notice said the poll panel had received a complaint from a BJP delegation alleging that on April 3, Banerjee appealed to the Muslim voters not to let their votes get split among different political parties.

Speaking about the different welfare schemes that her government had initiated, Banerjee said that for the minority community, there was the Aikyashree scheme. She added, “I am requesting my minority brothers and sisters with folded hands don’t divide the minority votes after listening to the devil (shaitaan) person who had taken money from the BJP.”

“He passes many communal statements and initiates clashes between the Hindu and the Muslims. He is one of the apostles of the BJP, a comrade. The comrades of CPI-M and BJP are roaming around with the money given by the BJP to divide the minority votes. Please don’t allow them to do so. Keep in mind that if the BJP comes into the government then you will be in severe danger.

“I also will tell my Hindu brothers and sister not to make division amongst yourselves as Hindu and Muslim after listening to the BJP,” the notice quoted Banerjee as saying.

The EC said it found her speech violating the provisions of the Representation of the People Act and the model code of conduct.

The TMC hit out at the Election Commission over the notice, seeking to know what action the poll panel has taken on the complaints filed by its members against the BJP.

TMC spokesperson Mahua Moitra said the EC should “at least keep up the farce of impartiality”.

Prime Minister Narendra Modi had recently brought up Banerjee’s speech, according to NDTV. Speaking at a rally on April 6, he said, “Didi (Banerjee), recently you said all Muslims should unite and not allow their votes to be divided… means you are convinced the Muslim vote bank has also gone out of your hands, the Muslims have also turned away from you.”

“Had we [the BJP] said the same thing that all Hindus should unite, everybody would have criticised us. The EC would have sent us notices. We would have been censured,” Modi added.  The Wire

Major powers meet separately with US, Iran on nuclear deal