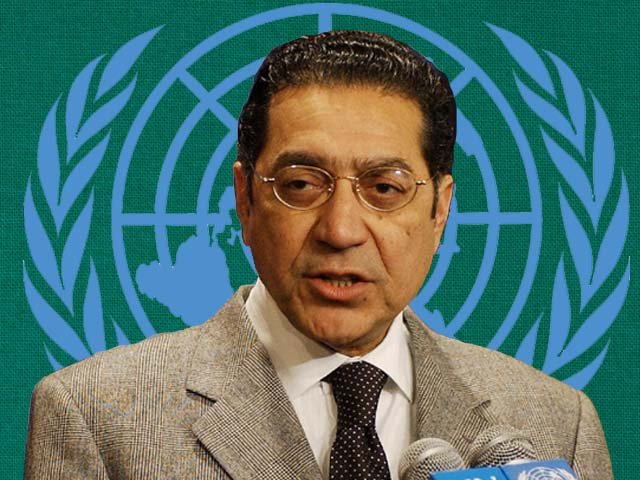 Ambassador Munir Akram of Pakistan, seventy-sixth President of the Economic and Social Council

Munir Akram wears two hats. He is Pakistan’s Ambassador to the UN and was elected on 23 July as the 76th President of the Economic and Social Council (ECOSOC); one of the three main bodies that provide the backbone of the United Nations.

His impressive diplomatic portfolio includes serving as Pakistan’s Ambassador to the European Council of the European Union, Belgium and Luxemburg from 1988 to 1992.

He has also held senior positions in various intergovernmental organizations, such as the Secretary-General’s Advisory Board on Disarmament, Chairman of the World Trade Organization (WTO) Trade Policy Review Body and, in June 1996, he served as President of the Conference on Disarmament.

Mr. Akram sat down with UN News, for a wide-ranging interview covering key policy areas such as the 2030 Sustainable Development Goals (SDGs), the ongoing impact of COVID-19 and racism which have featured prominently in the headlines throughout the year, but began by explaining how ECOSOC works.

The interview has been modified and edited, for clarity and length.

One of the framers of the UN Charter was the (then) President of the United States, Mr. Franklin Delano Roosevelt. And his conception, which he voiced at the time, was that economic instability was like a disease, and that if one country had it, then others would be affected.

So, the Charter says very clearly that the objective of the Economic and Social Council is to “promote better standards of living in larger freedoms”.

That is a quote from the UN Charter, and it’s supposed to do that firstly by addressing policy issues and secondly, by promoting international cooperation and coordination among all international economic organizations. That’s the mandate. And it’s a mandate which is, I believe, just as important as the mandate of the UN Security Council.

UN News: Can you share some examples of ECOSOC’s work in New York that has had a global impact?

ECOSOC President: Yes, over the years, ECOSOC has been a place where the whole concept of development cooperation, of helping developing countries to make progress and grow, was conceived. So it was at the Economic and Social Council that the first report, which was called the Pearson Report on Development Cooperation, was discussed and the whole idea of promoting economic and social development through mutual support between rich and poor countries, was born. The ECOSOC was the place where we conceived of what was then called the International Development Strategy.

It is the place where the concept of official development assistance, amounting to 0.7 per cent of the GDP of developed countries to be provided to developing countries, was born.

It was in ECOSOC that the concept of linking the creation of special drawing rights in the IMF, the IMF quotas to link those quotas with development assistance.

These were all major ideas that were born in the ECOSOC and are now practiced in major financial and international economic institutions. So it has been a central body for forward thinking.

And these are just some examples of what has been achieved in ECOSOC in the past.

UN News: What is the correlation between the Sustainable Development Goals (SDGs) and ECOSOC?

ECOSOC President: The Sustainable Development Goals were the product of a long process of discussion within the UN system. I would not say that they originated in one place, but certainly the predecessors of the SDGs, were called the Millennium Development Goals. They were more modest and they were born in a process between the Economic and Social Council and the General Assembly.

The SDGs were evolved not only in ECOSOC, but also in major conferences such as the Rio Conference on Climate and Development, the environmental conferences that were held, as well as the summits of the General Assembly, the Millennium Summit, and then the summits held in 2010 and in 2015.

It was at the 2015 General Assembly Summit to which ECOSOC contributed, that to Sustainable Development Goals were adopted.

UN News: How is the COVID-19 pandemic challenging the work of ECOSOC and how can these challenges be addressed?

ECOSOC President: The COVID-19 pandemic, as we all know. Is a major health crisis; it is the biggest pandemic that we’ve had in over a century, but it has also had major economic consequences.

It is the deepest recession the world has faced since the 1930s, and it has contracted the world economy by almost 10 per cent. And perhaps it will be more than that.

So it has had a devastating impact. The richer countries, as you know, have pumped in about 13 trillion dollars in fiscal stimulus to revive their economies and even they are struggling.

The developing countries need between two to three trillion dollars to revive their economies, and they have not had access to even a small fraction of that amount.

So many countries are falling into debt. Many countries are failing to pay back their debts. Economic collapse is confronting a number of vulnerable countries, and the consequences of such collapse, will be devastating not only on their regions, but on the world economy as a whole.

UN News: Racial tension has been running high around the world. How can ECOSOC help to address this?

ECOSOC President: Well, I believe that the best answer for tensions of all nature, is economic and social development; equitable development.

In ECOSOC, we are going to convene a conference on the 20th anniversary of the Durban Conference on Racism. And this conference will be on racism and inequality. And I believe that if we can address inequality in all its forms, we will be able also to address the problem of racism and other forms of discrimination that people confront in so many countries and societies.

UN News: Is there anything else you would like to add?

ECOSOC President: I believe that in the current circumstances, the United Nations, including ECOSOC, is vital to promote global peace and global cooperation.

We need to take urgent actions to meet the needs of the developing countries, otherwise, we will have a humanitarian disaster on our hands.

We will not be able to achieve the SDGs. We will not be able to address the climate action that is required to avert a climate disaster. And therefore it is essential that at this time the global community respond to the plight of the poor and to take urgent actions to provide them the support that they need to survive in this post-pandemic situation.news.un.org

UAE-Israel peace agreement has created a new mood in Middle...