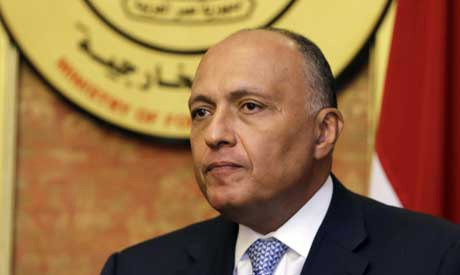 Cairo: Egypt’s Foreign Minister Sameh Shoukry travelled to Paris to participate in a quartet committee meeting on reviving the peace process between Palestinians and Israelis.

The quartet, comprised of Egypt, Germany, France, and Jordan, came to being in February 2020 with the aim of reviving halted negotiations between the Palestinians and Israelis.

“The foreign ministers will discuss the latest developments in the Palestinian cause and the recent efforts to push forward the peace process. The efforts are meant to create a suitable environment for constructive talks between Israel and Palestine to reach fair and permanent peace in the Middle East that ensures the establishment of an independent Palestinian state based on the 4 June 1967 borders with the capital in East Jerusalem,” spokesman of the Egyptian foreign ministry Ahmed Hafez stated.

Shoukry will also hold one-on-one meetings with his counterparts in the committee to discuss bilateral relations as well.

The quartet committee, which was formed in February 2020 in Munich, has so far held four meetings, the latest of which was in Cairo last month.

The meeting in Cairo saw the drafting of 11 provisions, detailed in a joint statement, outlining the endeavours to revive the peace process. English.ahram.org