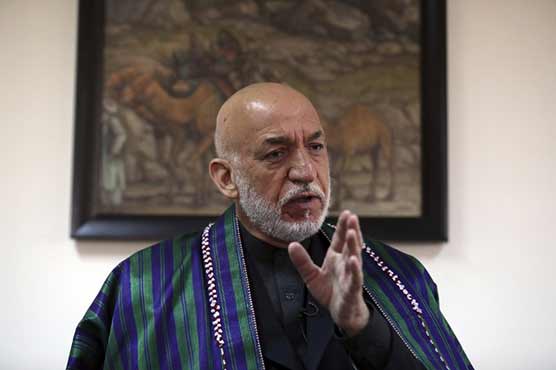 Kabul: A recently floated US draft for a deal between the Taliban and the Afghan government is the best chance to accelerate stalled peace talks between the country’s warring sides, former Afghan President Hamid Karzai said in an interview Thursday.

After decades of war and conflict, the Afghans themselves “are in a hurry for peace” and eager to start to heal their nation, Karzai told The Associated Press.

Frustrated by escalating violence and the slow pace of negotiations that have been underway in Qatar since last year, Washington handed both sides in the protracted conflict a proposal for peace, a copy of which the AP obtained earlier this week.

Karzai, considered a key player in the talks going forward, told the AP that the proposed U.S. peace plan contains important provisions that could help bring peace to Afghanistan — with some revisions by both sides.

Despite Karzai’s optimistic assessment, the Washington plan could encounter serious opposition from President Ashraf Ghani and the Taliban. Ghani opposes the idea of an interim government as part of a transition period, viewing it as an attempt to diminish his power. Some of Taliban practices, particularly on the public role of women and demands for an Islamic system, may run contrary to ideas put forward by the United States.

Karzai, who served as Afghan’s president from 2001 to 2014, does not have a formal role in the negotiations but is seen as an important player. He is consulted routinely by Washington’s peace envoy, Zalmay Khalilzad, and has been instrumental in bringing political opponents to the table.

Karzai said the U.S. proposal can shepherd a war-weary nation to elections; it protects rights of women and minorities, offers a way to achieve constitutional reform and proffers an interim administration.

The U.S. has already tried to convey the need for quick action to the negotiators.

In a letter to Ghani that accompanied the proposal, U.S. Secretary of State Antony Blinken said it is urgent Afghanistan’s warring sides find a peaceful end to a war that has gone on for nearly 20 years and cost the U.S. nearly $1 trillion. AP

Egypt FM Shoukry to participate in quartet meeting on reviving...