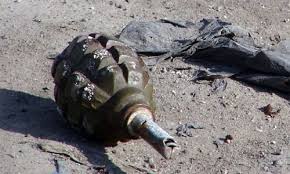 An official said that militants hurled a grenade towards security forces at around 11:20 am. “The grenade missed the intended target and exploded in the busy market resulting in injuries to eight civilians,” he said. The injured civilians were shifted to a nearby hospital, where their condition is said to be stable. Reports said immediately after the attack the area was cordoned off and a massive search operation was launched to track down the attackers. There has been a spurt in grenade attack cases by the militants in Kashmir in recent months in which

Indian atrocities in Kashmir is a threat to regional peace:...