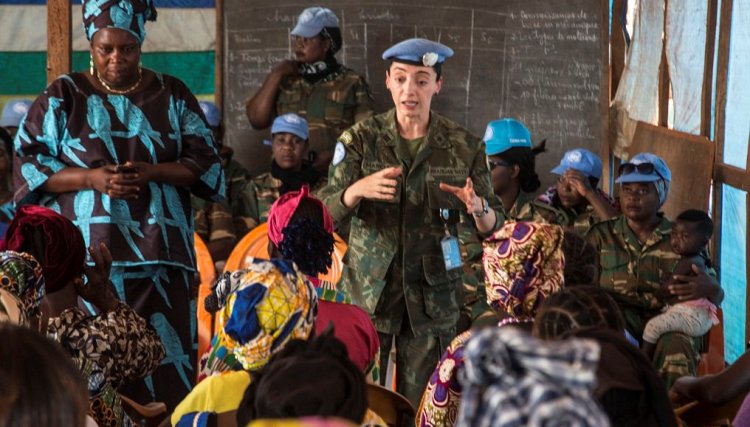 New York: Jean-Pierre Lacroix, Under-Secretary-General for Peace Operations, was speaking at a side event focusing on “Women Leaders in the Military”, part of the 65th session of the Commission on the Status of Women (CSW).

“Increasing women’s full, equal and meaningful participation in UN Peacekeeping has become one of the top priorities of my Department”, said Mr. Lacroix, adding that “it is anchored in the Security Council resolutions on Women, Peace and Security, and in the Secretary-General’s Action for Peacekeeping Initiative (A4P).

The guiding framework for peacekeeping over the past three years, A4P aims to increase the number of civilian and uniformed women in peacekeeping at all levels and in key positions.

“It will continue to be a priority for the next phase”, Mr. Lacroix underscored.

In January 2021, less than one-fifth of Military Experts on Mission and Staff Officers were women and made up only 5.4 percent of personnel in military units.

“We still have a long way to go, but we are seeing progress,” he said.

“Diverse leadership and teams bring diverse perspectives so we can take better decisions and improve our operations,” said Mr. Lacroix, stressing the need to “ensure that this is rectified, that barriers are broken, and that more women can make it to the top positions.”

He went on to emphasize the importance of recognizing women’s leadership in different roles and positions, as well as creating enabling environments, at Headquarters and in the missions, to allow peace operations to be effective and succeed with their mandates.

“The Department of Peace Operations depends on the collaboration with all contributing countries,” said Mr. Lacroix, stressing that everyone, regardless of gender, needs to be engaged as “advocates and agents of change for gender equality.”

He urged Troop Contributing Countries and all peace contributors, to recognize gender equality, women, peace and security and gender parity as a shared political priority and continue to allocate resources and political will to this cause. “We certainly cannot do this alone,” he said.news.un.org