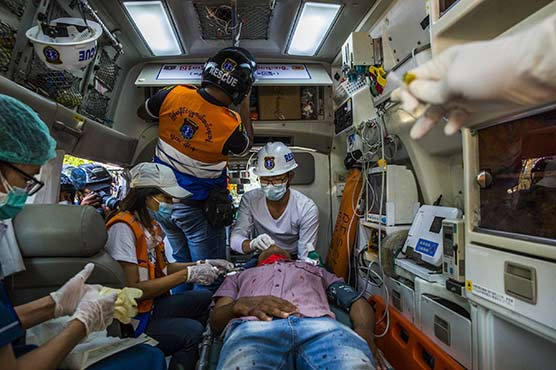 Yangon: – Four people were shot dead during a protest in Myanmar’s Sagaing region while two others were killed in the country’s second-largest city, medics said Wednesday.

The deaths in Sagaing were confirmed by other medics, though it was not confirmed whether security forces used live rounds or rubber bullets.

About a two hours’ drive away in Mandalay during a different protest, a doctor confirmed two people were shot dead by security forces.

Turkey shuts down website used by India to defame Pakistan

Three female journalists killed by gunmen in Afghanistan in latest...