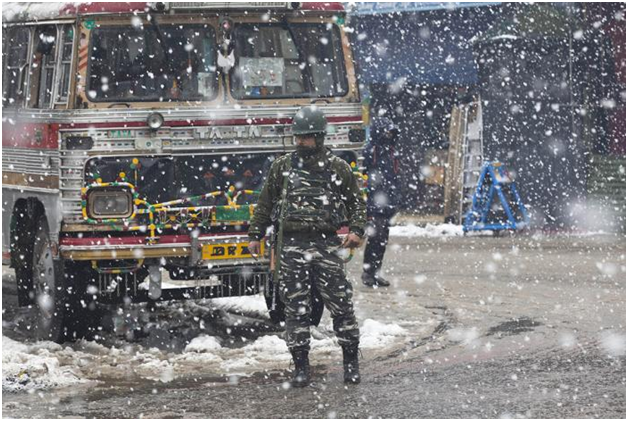 Some Easing, but Abusive Restrictions Persist

Kashmir has been under a lockdown for five months. Fearing that Kashmiris might protest the revocation of autonomy provided to Jammu and Kashmir state under India’s constitution, the government of Prime Minister Narendra Modi clamped down.

Since the restrictions in August, the government has taken slow, reluctant steps to ease some of them, but is still falling far short in upholding Kashmiri rights.

Many of the thousands arbitrarily arrested – lawyers, shop owners, traders, students, rights activists – have now been released, but reportedly only after promising not to criticize the government. Some senior Kashmiri political leaders, including former chief ministers, remain in custody.

Police admitted at least 144 children had been detained, and now the chief of defense staff has spoken of putting children in “deradicalization camps.”

The government had also blocked phone lines and access to the internet. The government was so fearful of criticism and dissent that it curtailed Kashmiris’ ability to share news of births or deaths, call their doctors, order supplies, research term papers, file taxes, and trade apples and walnuts.

While authorities started gradually restoring landlines and some mobile phone services, it denied internet services. After the Supreme Court said on January 10 that access to the internet was a fundamental right, the authorities relented – only to set up government-controlled internet kiosks, with firewalls permitting only some websites and forbidding social media. This violates free expression rights and hardly complies with the principle laid down by the court that “the freedom of speech and expression and the freedom to practice any profession or carry on any trade, business or occupation over the medium of internet enjoys constitutional protection.”

The costs of the government’s policies have been staggering, and the attempt to avoid criticism has not worked. The United Nations has expressed concern, as have numerous foreign governments.

Some aspects of the government crackdown, activists said, almost appear reminiscent of abusive Chinese government practices. Indian authorities have sought to justify their rights violations on the grounds of national security. Maintaining law and order is a critical state function, but it’s necessary to protect civil liberties as it is carried out. India needs to do better in Kashmir. www.hrw.org

UN calls for probe into rights violations in IIOJK