India farmer protests: Women like Dr. Ritu Singh are on the front lines 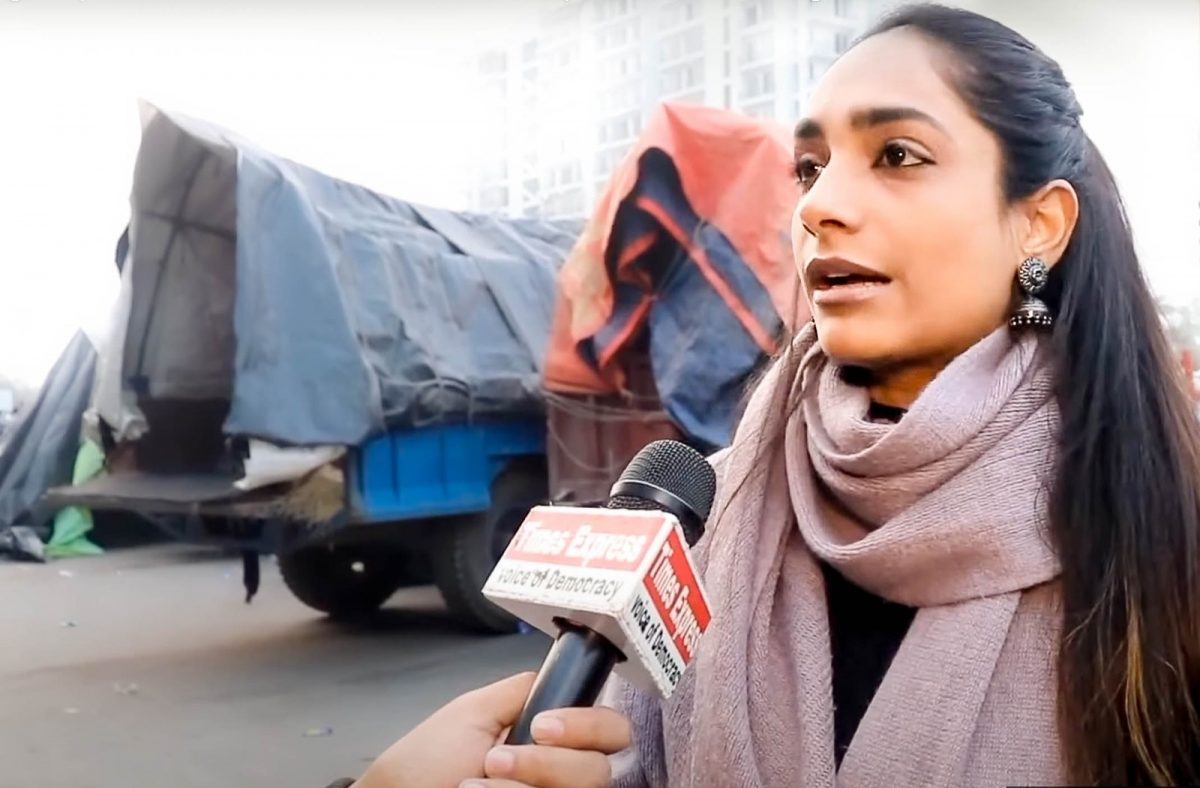 New Delhi: Since November of 2020, hundreds of thousands of Indian farmers, laborers, and allies have flooded the Delhi border to protest against new agricultural bills that they feel will undermine their livelihoods. Protesters have set up temporary housing camps demanding change through speeches, marches, and strikes. While the protesters themselves have been largely peaceful, the Indian government’s forceful response has caught the attention of observers around the world concerned about significant allegations of human rights abuses.

And yet, despite the reports of police brutality, questionable detentions, and repression of free speech, the protestors remain undeterred. More people continue to join the demonstrations daily, making it one of the largest protest movements in modern history. The protesters have been on the streets for more than two months, enduring the brutal cold of winter in North India — and they have no plans to go home anytime soon.

In a sea of elderly people, one strikingly younger face is a mainstay. With her long black hair pulled into a ponytail, switching flawlessly between Hindi, Punjabi, and English, Dr. Ritu Singh can often be found standing before a camera, giving fiery interviews in support of the farmers.

“This moment has awakened so many people who were sleeping,” she tells Teen Vogue. “It has awakened those who never thought about what we are eating, and that what we have [on] our plates is because of those who work so hard in their fields each day in order to feed themselves and to feed us all.”

While proponents of the farm bills say they will modernize Indian agriculture, opponents say they are “anti-farmer” and likened them to a “death warrant.” Many farmers are concerned that the new legislation will facilitate a corporate takeover of small farms and further reduce the power of agricultural workers. About 58% of India’s 1.3 billion people rely on agriculture as their primary source of income, and farmers comprise a substantial voter block in India, making farming a central political issue in the world’s largest democracy.

The farmers protest has garnered support internationally, from global figures like Rihanna and Greta Thunberg, and locally, from Indian activists, artists, and students. “Dr. Ritu,” as she is lovingly known among the protestors, is one of the latter who is using her voice to stand up for the working class.

Dr. Ritu is a psychologist and social activist who approaches advocacy by working from the ground up: attending farmers meetings with men, speaking with women farmers about their needs, and sharing their concerns through YouTube videos and media interviews. “As an activist, my primary role is to make people aware of the negative impacts of these newly passed farm laws,” she says. “That’s why I need to be connected with the farmers.”

Dr. Ritu has been connected with farmers her entire life. Although she currently lives in New Delhi, she hails from a farming family and agrarian community in Tarn Taran Sahib, Punjab. These personal roots drew her to the farmer protests as they spread to India’s capital in November.

“I had been closely following the farmer protests in Punjab, and when I found out that they were coming to the borders of Delhi to protest the farm laws, I wanted to go be with them,” she says. “I went to the Singhu Border just to experience the moment and to stand in solidarity with them. I was so moved that I have been joining them regularly ever since.”

Dr. Ritu immediately became a notable presence at the Delhi protests. Many of the farmers are older men. She’s a young woman with advanced degrees and is unrelenting, unapologetic, and unwilling to take sh-t from anyone — especially from the government.

She attributes her outspoken activism to being raised in a feminist household. “From the beginning, my parents have always given us full freedom and full confidence. They would tell us often that it’s our responsibility to fight for our rights and raise our voices against injustice.”

Dr. Ritu was born into a faith, Sikhism, that advocates for gender equality; she was also born into a culture that is deeply patriarchal. While her family’s staunch feminism fits within Sikh worldviews and practices, it runs counter to how many in her community perceive and treat women.

When she was born, some family members lamented to her parents how disappointed they must be to have a second daughter in their home. Frustrated with the sexism and gender norms, her father pushed back: “My daughters are girls, but they are boys too.” He announced that they would carry the middle name “Singh,” a name predominantly reserved for Sikh boys and men.

“So that’s why my name is Ritu Singh Gill. My father said, ‘She’s a girl and boy also. She’s my daughter and my son.’”Teenvogue.com