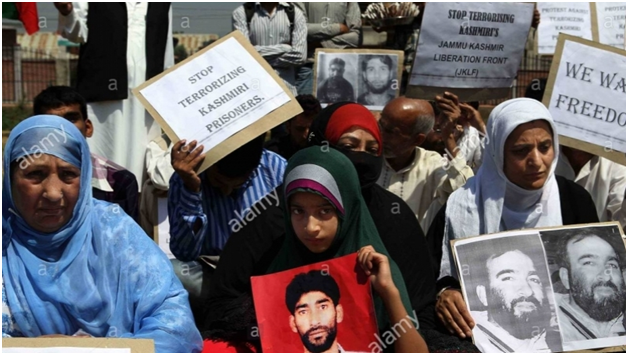 An analytical report released by Kashmir Media Service, said that Modi-led fascist Indian government has arrested 13,862 Kashmiri civilians just from August 5, 2019 to October 2020. It added that the prisoners are confined to cells and denied medical treatment in Indian jails.

In the absence of adequate food and medical facilities, families of the detained Kashmiris are worried about their well-being in Indian jails. The Modi government is dilly dallying release of Kashmiri political detainees in blatant violation of court orders with Masarrat Aalam Butt being the latest example as he has not been released despite the quashing of PSA against him by the court.

The report said that India is flouting Geneva Convention on prisoners’ rights by carrying out arrests, unlawful detentions and extrajudicial killings as tools to pressurize Kashmiris and break their resolve for freedom. However, these cruel tactics will not deter Kashmiris from pursue the path to freedom.

The report urged the international community and human rights groups to raise their voice for the release of Kashmiri political detainees. KMS