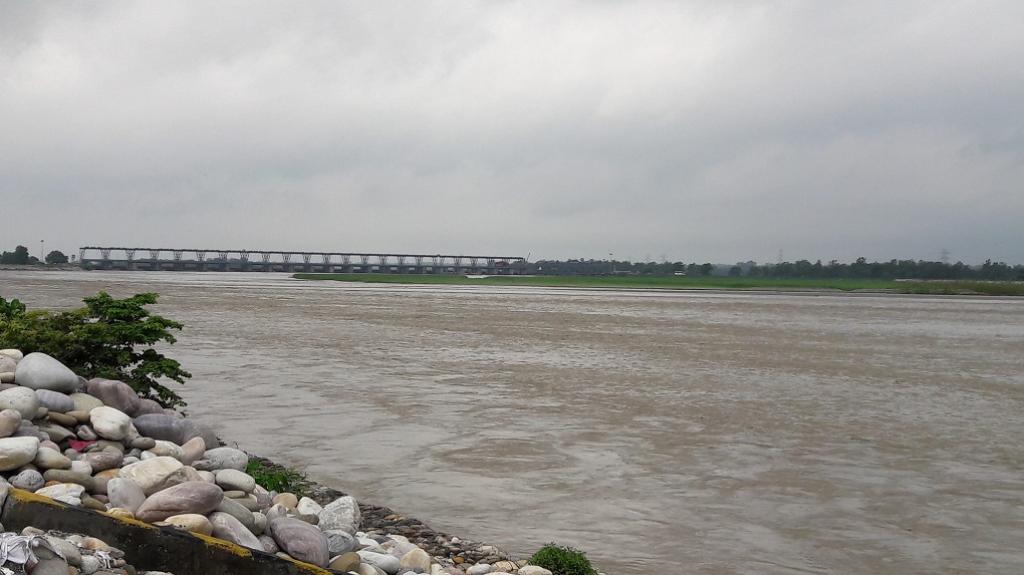 Nepal is a land locked country surrounded by India from three side, is rich in water resources but unfortunately due to lack of resources and technology Nepal is dependent on India to use these water resources. Water has been a longstanding controversial dispute between both the countries. The controversies on water issue are surrounded by agreements signed on Kosi, Gandak and Mahakali for hydroelectric and irrigation projects but no project except kosi barrage has been completed yet. Cross-border water projects between both countries may seems to be minor but it gains strategic importance. The intensity of anti-India has deepen in Nepal because people of Nepal have a sentiment that India has been cheating them on the treaties signed between both and is acting against the interest of Nepal. Talks between both the countries have been stalled, Nepal believes that its natural resources have been sold out without taking Nepal into consideration.

India and Nepal share about 6,000 rivers, streams and watercourses. Most of these are so small but are essential for the people living near them. India Nepal relations on water resources started in 1887 from a letter of “British Raj” to Nepal. Cooperation started from 1920 when an agreement was signed for the construction of the Sarda barrage for developing irrigation facilities and generating hydropower. There are four treaties between both countries on three larger rivers; Sharada Agreement of 1927, the Koshi Agreement of 1954, the Gandak Agreement of 1959 and Mahakali treaty of 1996. After signing agreements a term “regional cooperation” circulated and projects were started by India to meet its requirements, however, these projects were highly criticized in Nepal for providing more benefits to India.

Nepal wants 50 percent of share in hydro-power projects and need the assurance that electricity generated from these projects would be distributed to the local population of Nepalfirst on the rates fixed by the Nepal Electricity Authority. Moreover, India’s claim on all the management control and rejection to allow independent assessment adds doubts to the process therefore, Nepal states that these agreements are not transparent. Whereas, India believe that this stance on water resource projects is politically motivated.

Kalapani is a tri-junction point, where the Indian, Nepalese and Tibetan (Chinese) borders meet. This river is also at the heart of the dispute between both the countries. River Mahakali has several tributaries, all of which merge at Kalapani. Both the countries claim Kalapani as integral part of their territory. Another dispute lies at the Indian border in state of Bihar. Koshi River flows from this region. Koshi Agreement was signed between the two countries in 1954 to manage flooding but the talks have stalled and complaints have not been addressed. Construction of dam has been neglected from decades.

The agreements signed between both the nations were not completely followed and the projects suffered from ineffective implementation, poor designs and bad maintenance. Gandak and Kosi agreements were amended but Nepalese concerns were not completely addressed. Water is a prime source for Nepalese which could help in generating wealth for the country however, India’s construction on Nepal’s territory is encroachment of its sovereignty. Nepal’s actual production is 240 MW per annum whereas it has an estimated hydropower potential of 83,000 MW. If Nepal develops its hydropower potential properly, it can have surplus potential for cheap electricity for Nepal itself and its neighbouring countries. Harnessing will not only benefit in revenue earning but will also meet all the energy requirements.

It is clear that India needs to review its policy for neighbours and thinking about Trans-boundary Rivers. However, the complex relationship between both countries is not easy to disentangle because of the hegemonic behaviour of India which cause the deadlock. India’s policy focused on internal matters is decisive force for projects which are incomplete and failure of efforts at cooperation over river projects is an aspect of a complex and tangled relations between two countries. The Orient News