India should be tried for misleading world opinion about Kashmir: Shehryar Afridi 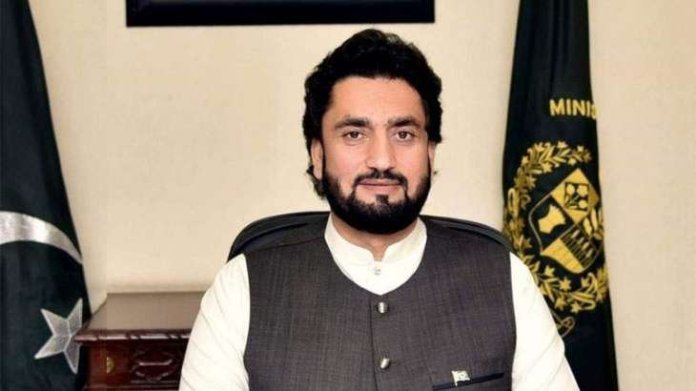 Addressing at a seminar here in connection with the Kashmiris right to self determination day, he said India could no more keep its illegal occupation of Jammu and Kashmir.

He said people of Indian illegally occupied Jammu and Kashmir (IIOJK) had asked the United Nations Security Council to materialise its commitment to hold an impartial and free plebiscite to decide their fate , but UN had failed to fulfill its promise.

He reiterated that Pakistan would continue to expose Indian expansionist designs in Jammu and Kashmir.

He said he being Minister for SAFRON, had invited United Nations Secretary General to Pakistan and pledged to stand by the UN resolutions on Kashmir dispute.

Afridi said that Kashmir Committee had been reaching out to all stakeholders of Kashmir to develop its policy on Kashmir dispute.

The Kashmir Committee he said had representation of all political parties and it was working to help raise the Kashmir issue with a single voice.

Shehryar said tribal Pashtuns had joined hands with the Kashmiri freedom fighters to help liberate Jammu and Kashmir in 1948 and even today, the people of Pakistan stand by Kashmiris through thick and thin.

“Today, even the Indian minorities are saying that Jinnah had taken a right decision by getting an independent state for the Muslims of India. Modi regime has been fully exposed due to its expansionist agenda,” he said.

Afridi said that no one can think of making a compromise on two major security issues of Pakistan – our nuclear programme and our Kashmir policy.

He said the government was using all modern tools of information technology to expose Indian expansionist agenda.

He quoted some incidents from history to point out the fact how Kashmiri freedom struggle continued despite Indian imperialist designs.

He said that Pakistan’s new political map had been drafted on his advice and Junagadh was added to the map on his proposal.

He urged the Pakistan government to adopt an effective and robust policy on Kashmir adding that Kashmiris should themselves fight the case of Kashmir.-APP